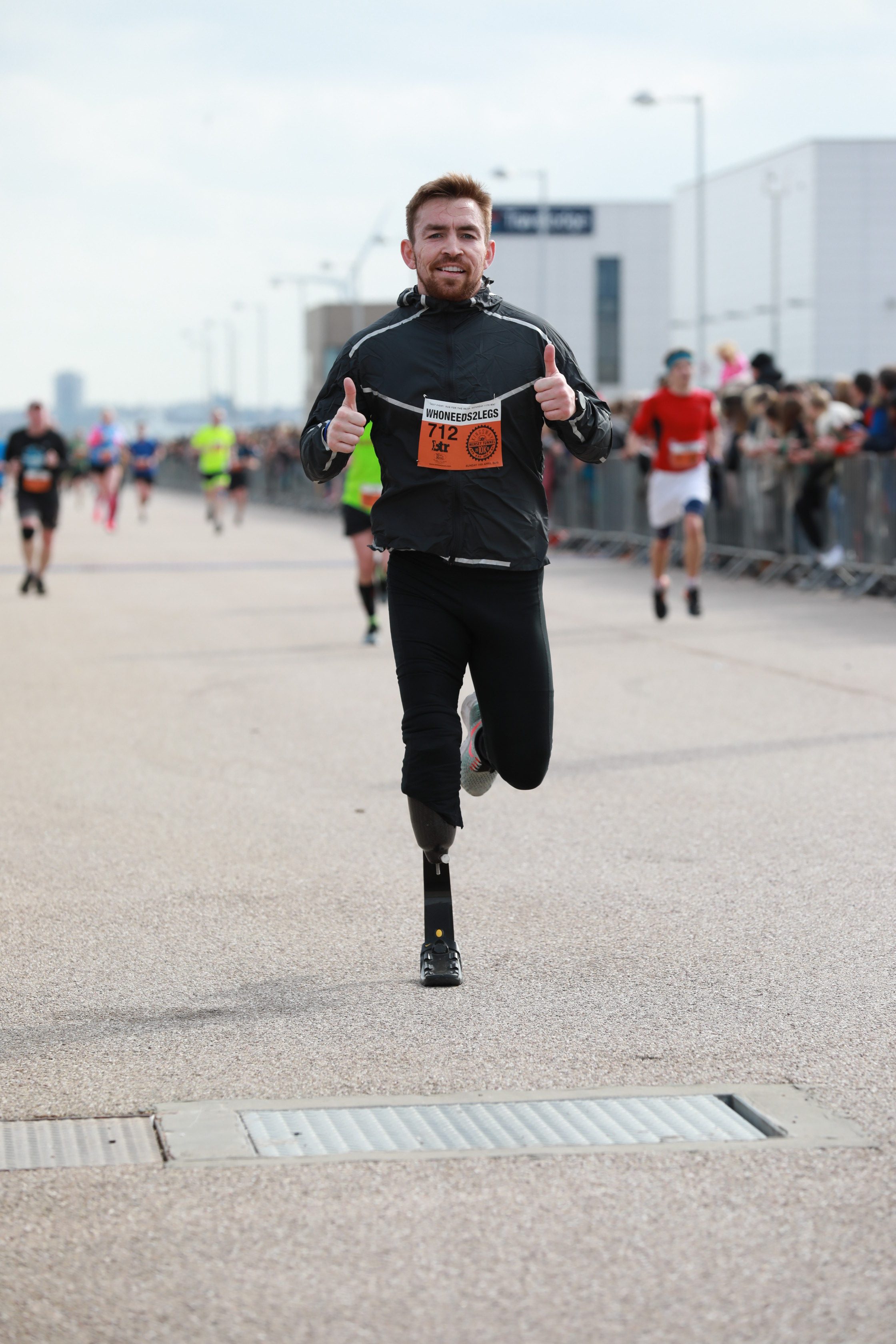 Andy has been through more than most people do in their lifetime. From losing his mother aged 12, to joining the Royal Marines, to active service in Iraq and Afghanistan, to being injured by an IED, Medically Discharged and facing life as an amputee.

Andy has been through more than most have in their lifetime. From losing his mother aged 12, to joining the Royal Marines, to serving in Iraq and Afghanistan, to being injured by an IED, becoming medically discharged and consequently facing life as an amputee.

On the 25th of November 2010, aged only 22, he had his right leg amputated, just below the knee and after 5 days in hospital and armed with a packet of paracetomol, he was discharged from hospital and headed back home,

Although what Andy has been through is unique, the problems and adversities we all face in our daily lives are very similar. Hear him share his story about how he went on to become the world’s fastest single leg amputee in the world over 10km by clocking a time of 37:17, and climbed some of the world’s highest mountains. All since making the decision himself, to have his leg amputated.

Andy will explain that life will put you in all kinds of challenging situations, but it need not determine you as a person – it’s how you react to these challenges.

“Andy is a truly inspirational character and gave a very personal, interesting and uplifting  presentation to our clients.  A down to earth man who has been through so much but still has a thirst for life and its challenges, not allowing his injuries from war hold him back.  He tells his story with great composure and humour and I would thoroughly recommend him to speak at any corporate event”  Jupiter Asset Management

“I have been lucky enough to see Andy present a few times now and each time he engages his audience, young or old, with his personal story of life beyond injury.  He doesn't shy away from talking about the difficulties he has faced, and continues to face, but his positive outlook and (slightly dodgy!) sense of humour make it impossible not to be uplifted and inspired.  He recently spoke at a regional meeting for the North West H4H volunteers and I know they benefited hugely from hearing his story and seeing how Help for Heroes has made a difference to both him and his family.  A truly great speaker.”  Help for Heroes

“The rationale behind inviting Andy in was to show the lads that they will not get to the top unless they learn to cope successfully with setbacks along the way, as they are unavoidable.  Such resilience is what we want to develop in the lads to aid their psychological development. It was superb to have Andy in and the lads were clearly inspired by his visit.”  Liverpool Football Club