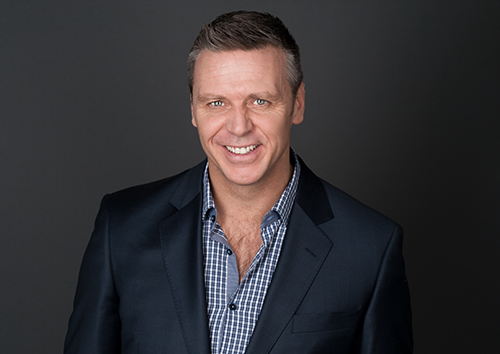 Javelin British Number One, Olympic Silver Medalist, Current European and Commonwealth Champion, Commonwealth Record. After 7 Gold medals, a world record, two Olympic silver medals and one bronze, Steve Backley finally hung up his javelin at the Olympic Games in Athens this summer, showing he is still one of the world’s best by placing 4th in the final.

After seven Gold medals, three world records, two Olympic silver medals and one bronze, Steve Backley finally hung up his javelin at the 2004 Olympic Games in Athens, showing he was still one of the world’s best by placing 4th in the final.For over a decade, Steve was one of Britain’s most consistent and popular athletes and established himself as one of the all-time greats of his sport.

A constant member of the British athletics team, standing on podiums and setting world records, Steve is the only British track and field competitor to win medals at three different Olympic Games – Barcelona, Atlanta and Sydney.

He was awarded an MBE in 1995 after winning European and Commonwealth Gold the previous summer.  In 2002, he was awarded the OBE, after being the first British athlete to successfully win four consecutive European Championship titles.

Since retirement from professional sport, Steve has pursued a number of business activities.  He is author of three inspirational books – ‘The Winning Mind’, ‘The Little Book of Inspiration’ and, most recently, ‘The Champion in All of Us: 12 Rules for Success’.

With more than eight years’ experience as a corporate speaker, Steve’s clients are delighted with his professional but relaxed delivery of inspirational and practical key messages for self and team improvement paired with amusing anecdotes of Olympics tales.  His affable, laid back nature and ability to communicate with politicians and children alike has made him a hit with a huge range of audiences and the feedback he receives is testament to his great skill in connecting with people from all sectors of business.

London 2012 was an amazing accomplishment for TeamGB and for all of Britain.  Steve was honoured to be in the thick of it as an integral part of the BBC commentary team, as torch bearer and as TeamGB Ambassador in our most successful Games ever.  He knows what it is like both sides of the fence and is able to give a fantastic insight into what it is like to compete on the toughest stage of all…The Olympic Games.

As well as corporate speaker and published author, Steve continues to deliver sports commentary for the BBC and is booked for a range of other media and television appearances.  He also concentrates on the training business he established with fellow Olympian Roger Black, ‘BackleyBlack’ – delivering ‘Olympic Performance in the Workplace.’  Steve is also involved with several charities including SportsAid, The Burns Club, and BexleySnap in his home borough.

Corporate Speaking will never be the same again for Steve Backley, he can’t wait to tell the story…. Everybody wants to catch the wave of London 2012 and, due to huge demand, Steve has put together a ‘2012 Legacy’ speech based on what he experienced and witnessed during those exceptional two weeks.  As a Team GB Ambassador, mentor to some of the athletes, and Radio 5 Live pundit, Steve was right in the thick of it and there’s lots to tell…

“Success is a Decision, Not a Gift”

His leading presentation “Success is a Decision, not a Gift” defines the 5 main attributes which he believes will ensure success in any walk of life, namely:

Steve focuses heavily on the mental preparation involved in performing and offers a revealing insight into his ability to peak for major championships. His insightful and engaging after dinner speech and team building presentations are informative yet entertaining. The team building presentation concludes with a small practical demonstration where Steve introduces his gravity defying javelin – highlighting the essential components necessary for success within any team.

How to Thrive When Faced With Adversity
Steve was one of very few athletes who was able to recover from injury and return to the very top of his event .  He can teach you what he learned in overcoming adversity and delivering when it seemed that all the odds were stacked against him.

After Dinner Speaking
Steve’s after dinner presentation is a light hearted look at Steve and his colleagues’ experiences within sport.  The underlying messages are motivating and uplifting.  This informative and entertaining speech is ideal for any prize giving or awards ceremony where Steve is the ideal host.

How to Build Your Dream Team
Surrounding yourself with the right people is essential for continued success.

During the 2004 Olympics, Steve had 13 people in his extensive and highly effective team
Steve breaks down the 7 aspects behind a winning team into a simple and teachable model that is easy to follow and effective at transforming your team to perform at its optimum.

“The event went very well and Steve was fantastic. Multiple compliments from our guests and staff alike.
Steve also handled our young Local Heroes, Laura and Ira, fantastically. All in all, as I think you’ll have gathered, we were pretty pleased with the morning!”  Lloyds TSB

“Steve delivered a fantastic after dinner speech which was perfectly tailored to the audience of local clubs, coaches, volunteers and schools. He was more than willing to pose for photographs and discuss any questions with the audience afterwards. A really enjoyable speech by a thoroughly nice guy!”   Marketing and Research Officer County Durham Sport

“Steve, thank you for your fantastic presentation at our conference. The messages were extremely relevant and appropriate for our audience. The feedback that I have received has been excellent and I am very grateful for the amount of time that you spent in both preparation and meeting our employees after the event. I don’t think that I could have found a more appropriate and engaging presenter. ”  Honeywell Building Solutions

“Steve made everybody feel at ease and made sure everybody got involved with the event. We would recommend Steve without hesitation.”
gala Bingo

“Steve Backley bought our campaign to life, inspiring the press and public alike. He demonstrated commitment, enthusiasm and professionalism throughout the campaign and was a pleasure to work with!”   South Eastern Trains

“Thanks very much Steve for your outstanding contribution to the celebration dinner at our new Excel Sports Centre. Your speech was spot on – it had humour and a strong message and that was very relevant to all those people present who had worked so hard to make the centre a reality. We all appreciated the time you spent talking to as many of the guests as you could and your presence helped make it a really successful evening.”   Dave Moorcroft

“Steve recently attended, and spoke, at our National Dealer conference in Oman. The conference was in effect a two day meeting, with Steve's session closing out the formalities of the business trip at the end of day two, a notoriously a tough end of event slot. It would be fair to say that Steve re-energised our audience of 200 Dealer partners, offering an insightful view into his 15 years as a professional athlete. Steve's delivery of his presentation made it easy to transfer some of the challenges he faced in his professional career into our own business challenge, and the one key principal that I took away was his importance of understanding your plan. I have received much Dealer feedback from our conference and Steve's session was a highlight for many. A truly great athlete, motivational speaker and a thoroughly nice guy! ”   BP Oil (UK) Ltd

The audience loved him and it was great that he could tailor his speech to take in a lot of his experiences at the Olympics in Beijing. It was also brilliant that he indulged them with so many Q&As afterwards.”    LGC

“Steve Backley Started our day with a bang, great motivational speaker that connected with every age group in the room which as they ranged from 16 to 87 took some doing!”   NHS / PCT

“I just wanted to say how lovely it was to meet with you and to let you know that you were great today and the client was very happy. They will get some good coverage from this”   absolute agency


An interview with Steve Backley

After 7 Gold medals, 3 world records, two Olympic silver medals and one bronze, Steve Backley OBE finally hung up his javelin at the end of the 2004 Olympic Games in Athens.  Last month we took the time to interview one of our favourite speakers, here’s the questions we asked Steve, his answers provide a fascinating insight into the life of an ex-Olympian who is now a regular speaker at Corporate conferences, awards dinners, seminars and exhibitions, his topics include motivation, leadership and teamwork.

Who or what was your motivation to achieve?
“I wanted to explore my own potential. Just being ok at anything is never an option.“

Why is it important for businesses and organisations to motivate staff in recession?
“The most valued asset of any organization is its staff. To motivate and support its staff is any company's obligation. It will make it as likely as possible for them to pull through, thrive and even prosper in difficult times.”

What was the turning point of your sporting life?
“When I realized I was really in control of my destiny. “

What was the turning point of your personal life?
“I have always had a fairly stable personal life. I guess the biggest shift was my father giving me the opportunity and believing in me – that I could achieve.”

Were there times you thought you would not succeed?
“Yes, sure for fleeting moments but I always reminded myself that self belief is the foundation of any performance. And that it is not what happens to us but how we respond to it that really makes the difference.”

Can you delegate?
“Yep, being interdependent is key – this was a fairly big shift as an athlete too. I really stepped up when I learned to trust and believe in the input of others in my team.”

What makes a good manager or leader
Manager or leader? – very different questions. One difference might be – Managing is telling people what to do; leading is asking them why they are doing it.

Why do you think it is important to book an external speaker
We all need to reflect, to question and to be asked to feel our deepest emotions. This is the short journey that a great speaker will take you on. Initiating a greater performance in others is a challenge we all face. To use my story – one which shows that we can all achieve if we really want to, I hope helps others to reflect and believe that they too have a latent potential and an great ability to perform at the highest level. It's just about finding the key to unlock it.