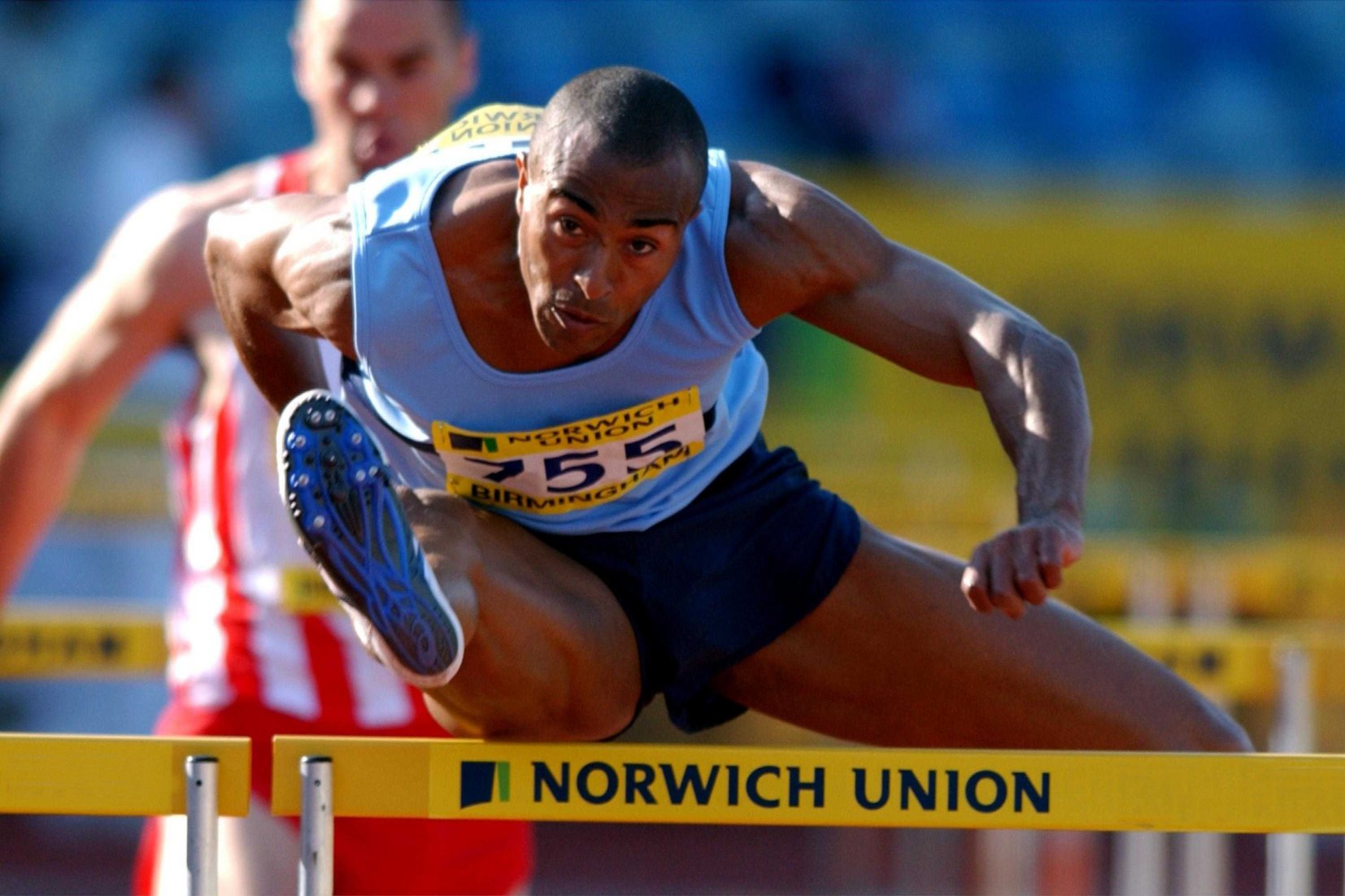 Arguably the greatest athlete in the history of British Athletics, Colin Jackson hung up his spikes in front of a roaring home crowd at the World Indoor Championships in Birmingham 2003. It was a fitting end to the competitive career of one of the nation’s favourite sporting personalities, having decided to retire from the sport that he dominated for so long.

Without a doubt one of the greatest athletes that Great Britain has ever produced, Colin Jackson called time on his outstanding athletics career in front of an adoring home crowd at the World Indoor Championships in Birmingham in 2003. After more than a decade spent at the very pinnacle of his sport, it was a fitting end to a glittering career.

On retirement, Colin was a natural choice to become one of the key members of the BBC’s sports production team and he continues to cover all of their Athletics output as a BBC pundit and presenter. Covering the Athens Olympics was obviously a highlight early in his broadcasting career and since then he has been an integral part of the BBC output for the 2006 Torino Winter Olympics and European championships as well as most recently, the 2008 Beijing Olympics

Colin co hosted the BBC1 live morning show Sunday Life for it’s duration during 2008.  He is a regular reporter for The One Show BBC1 and he has recently filmed The Truth About You BBC1 a documentary looking at the science behind his body, brain and success.  Last year Colin traced his roots in a moving episode of BBC1’s highly acclaimed, Who Do You Think You Are.  He dazzled us all with his dancing skills on Strictly Come Dancing and was thrilled to make it, by public vote, into the final.

Colin works extensively with the BBC Wales award nominated sport website Raise your Game, which, with the help of celebrity interviews and invaluable advice, encourages children to be ambitious in sport and life in general. Colin uses his travels around the world, working as both producer and presenter, to produce an interactive website which includes video clips, interviews, and diaries the determination needed by sports men and women to achieve their goals and ambitions.

Colin’s personable, yet professional approach, combined with his high profile, mean that he is in constant demand from the commercial sector.  2006 saw him team up with Ariel to support their Ariel Tennis Ace Events as well as his integral role in Flora’s Flora pro.activ Test the Nation campaign to raise awareness of the importance of good heart health. 2007 then saw him sign a one year deal to be the face of Pain Ease Micro-Current therapy wraps, promoting the products in the media to raise the profile of this type of therapy.

In line with his on screen presenting and commentary Colin is a confident and charismatic conference/awards host and a high level motivational speaker. With an unprecedented competitive career behind him coupled with his fresh-faced charm and friendly warmth he has been extremely well received by numerous audiences including IT Conventions and Business Forums.

“Colin, a huge thank you for being such a superb host for our National Training Award events. You hit just the right note, made the winners feel special and brought your own personal energy and enthusiasm to all the events. We were also delighted that your own skills development journey mirrored our aims and objectives so well. Thank you”
National Training & UK Skills Awards

“The delivery and content of his presentation was excellent.  I have rarely, if ever, met anyone who is so generous with his time with every single person he meets. He has that rare ability to make each one feel so special.  Nothing is too much for Colin; his rapport with both children and adults is obvious from the moment he arrives”
Herts Youth Games Association

“Colin was absolutely fantastic and both the clients & attendees loved him.  I would defiantly recommend him to others”
IMS Health