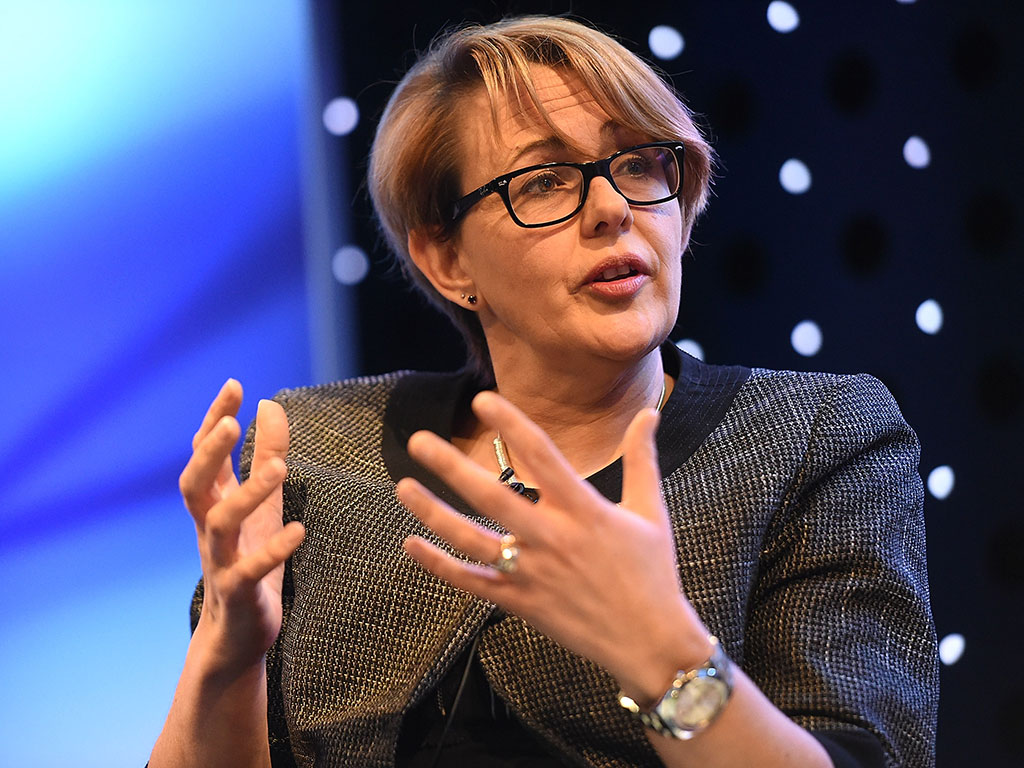 Baroness Tanni Grey-Thompson DBE does not regard herself as disabled. She is simply one of the best athletes in the world. That’s why she has became a Paralympic hero and gold medallist. She trains even when feeling low and has the will to win on and off the athletics field. She is a champion for the disabled and inspiration to all.

Baroness Tanni Grey-Thompson DBE is Britain’s best-known Paralympic athlete, having performed at world-class level for the past thirteen years, in distances ranging from 100m to the marathon.

Tanni’s career has taken her around the world to every major international event. Her 13 Paralympic medals, eight medal placings in the London Marathon and her comprehensive set of British and World Records make her achievements second to none in the disability sport arena.

2001 has continued in a similar vein with a Pride of Britain Special Award and appearances on Question Time, Desert Island Discs, and They Think it’s All Over. Tanni has now received the ultimate sporting accolade – admission to the World Sports Academy alongside sporting legends such as Pele, Jack Nicklaus, Michael Jordan, Boris Becker, Ed Moses and Alberto Tomba. She is the only athlete with a disability amongst the 42 members.

Tanni plays an active role within sports administration, including membership of the United Kingdom Sports Council, the 2002 Manchester Commonwealth Games Organising Council Association and patronage of the British Sports Trust. As much a loved and respected individual off the track, Tanni has appeared on many high profile media programmes such as Grandstand, Question of Sport, Radio 4’s Woman’s Hour and BBC Radio Five Live. She is a respected authority on disability sporting issues and regularly broadcasts on BBC2’s From the Edge.

Tanni is articulate and well informed; she is an exceptional conference and motivational speaker and can tailor presentations to the individual needs of clients. She is able to interact with a wide range of people, from young school children to seasoned corporate executives such as Lloyds TSB, Accenture and Price Waterhouse. Born in Cardiff in 1969, Tanni was educated at St. Cyres Comprehensive School and subsequently obtained a honours degree at Loughborough University. Tanni now lives in Redcar with her husband Dr. Ian Thompson.

“The support that Dame Tanni has provided to Vauxhall in terms of liaising with customers, raising brand awareness and generally being a real ambassador for the Vauxhall Mobility programme has been second to none. Her willingness to co-operate and ability to respond to ideas has meant that we have formed a genuine partnership with Dame Tanni. She is very much at ease in the corporate environment but is equally at home amongst prospective and existing customers at conferences or exhibitions. We look forward to continuing our relationship with Dame Tanni to raise the profile of Vauxhall Mobility still further and bring a real sense of freedom and independence to our customers.” Vauxhall Motors

“As a spokesperson, she is relaxed, focussed and absolutely at ease in front of the camera. On photo shoots and filming she is a joy to work with. As our creative teams will tell you; “When it comes to media relations, Tanni is worth her weight in gold!”  Tunnel 2k International

Baroness Tanni Grey-Thompson is to address representatives from across the events industry at next year's Association of Event Organisers conference on 13 January 2012 at the Business Design Centre in London. This year’s theme is ‘the competitive edge’.

Grey-Thompson will focus on how to build a winning mentality and prepare for the challenges ahead. The 11-time gold medal winner relates her sporting experiences to the importance of planning for success, team work, forward-vision and making goals and objectives become reality.

To read the full article in Event Magazine: