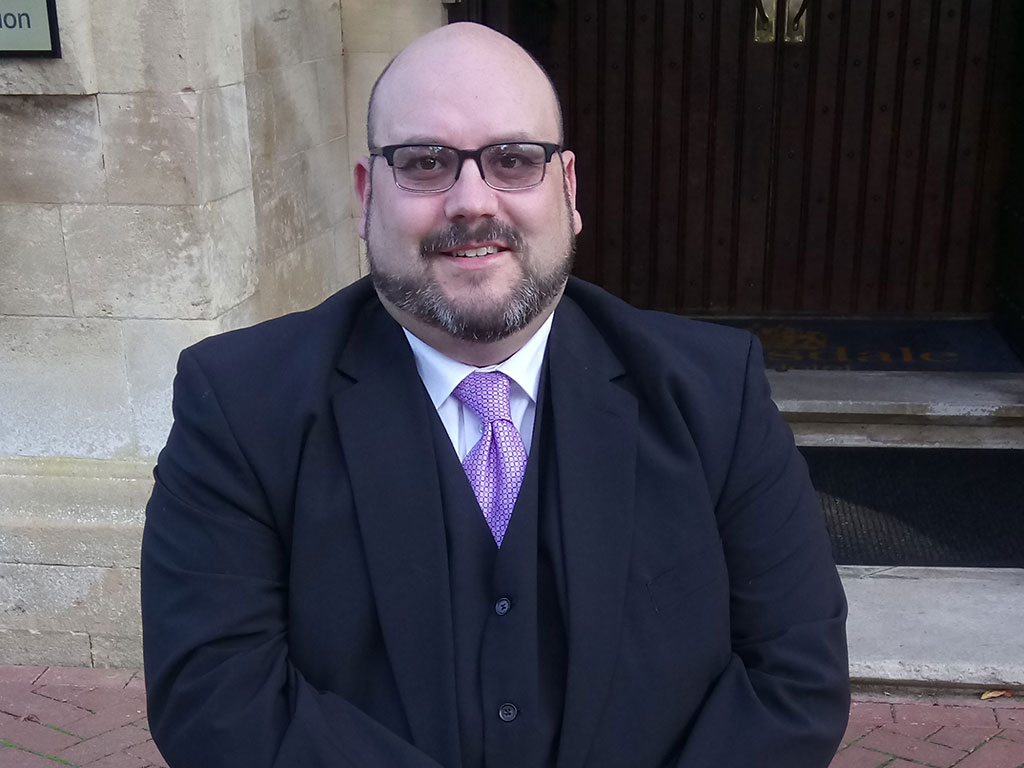 Dan Biddle is the worst injured survivor of the 7/7 terror attacks in London 2005. At the age of 26, he was a fit and healthy Projects Manager working in the construction field and was incredibly high on life when he heard the news that London had won the bid for the 2012 Olympics.
Standing right next to a suicide bomber on the ill fated tube that had just left Edgware Road station, Dan had no idea that his world would forever be changed.  Unusually, Dan has full recollection from the moment the bomb went off to the aftermath being trapped in the tunnel to the moment he was sedated in hospital. He has seen, heard, smelt and tasted things that you could not possibly imagine unless you have been through something similar.

As a result of the bombing, he lost both legs, an eye, his spleen and had a whole catalogue of other life threatening injuries. On the day of the bombing he died three times and ended up having his chest cut open and a surgeon manually pump his heart.

When Dan realised things would never be the same again – that he would never work as a Projects Manager again, he began to try and turn things around from his hospital bed.  During his 52 week stay in hospital in which he underwent 70 operations, he became a qualified Consultant through the NRAC with a growing realisation that the world was not geared up for a disabled person.

Unfortunately, it was not all plain sailing since the bombing. With a lack of support and years of bottled up torment, combined with constant nightmares and flashbacks – in 2013 he tried to take his own life on three separate occasions.  After his third suicide attempt, his girlfriend sought help for Dan’s PTSD, two years later he went on to marry the love of his life. In 2014 Dan set up his own award winning business, dealing with accessibility and inclusion issues. He has become an advocate for Gwent Police, giving training to new recruits around disability awareness and hate crime and also sits on the Independent Advisory Group for the police.

Dan constantly demonstrates that despite horrendous circumstances, it does not have to be the end.  He says “It does not mean that you have to say goodbye to your hopes, dreams and aspirations!”  Dan is a confident, heart-felt, eloquent speaker who inspires admiration and respect in his audience for all that he has overcome and gone on to achieve.

“Dan’s presentation exceeded our expectations; he managed to leave everyone thinking about how we can be resilient at times when it seems impossible.  He is an inspiration and the strongest man I have ever met.  His delivery was extremely gripping, the whole room remained silent and engrossed throughout and we were left feeling very moved.”  HFMA

“Dan Biddle was amazing, so inspirational ..  I can’t actually put into words my feelings and how inspirational he is, there is a reason he is still here.” Derbyshire Constabulary

“Dan Biddle's speech was inspirational, and the content made you put your own life into perspective. He made you realise that whatever challenges you face in life, they are always surmountable. The realisation emerged that you should never be scared of failure, and instead should see it as a way to move forward.” New Hall School

“Dan Biddle's account of his 7/7 life changing experience was both moving and inspiring. It clearly highlighted how, with immense determination, one can flourish even when the odds are stacked massively against you.” Lucy Cracknell

“Dan Biddle's speech was truly inspiring and delivered with such emotion.” Jasper Zambelis

“Truly inspirational from start to finish. Dan Biddle's speech was quite simply breath-taking, with the room being visibly moved by his recount of the events which changed his life permanently. Despite the sombre topic, Dan still managed to make the talk funny. A man whom it is an honour to listen to – a very moving speaker.” Sebastian Copp

“In 2015, I was asked to put together a Conference to mark the 10th anniversary of the 7/7 bombings, with a focus on good practice, lessons learnt and most importantly, the victims and survivors. The first person I wanted to secure to address the conference given my experience in the aftermath of that event, was Dan Biddle I tracked Dan Biddle down through various internet sources and put the proposal to him. I was immediately impressed with his sparky energetic response and willingness to get involved. It was clear that his story was a big one, and something that the delegates across a broad range of security management and investigative disciplines would benefit greatly from hearing. Over the course of a few months, we managed the arrangements for Dan Biddle's speaking appearance, including the logistical issues of him getting into central London, his parking needs and all the other issues of access affecting somebody with the requirement of a wheelchair. I was also acutely aware of the emotional impact this day would have, and that he would first be attending a vigil at the Edgware Road site. Dan Biddle's account and delivery at the conference was show stopping. He spoke eloquently and with pace, recounting what could only be described as revisiting hell. You could have heard a pin drop with the atmosphere in the New Scotland Yard briefing room. Following his account there was an ovation the likes of which I have rarely ever seen. It is still being talked about across the Institute and has provided security practitioners with an inside perspective that many of them never expected and something to take back to their operational environments to support their workplace. Dan Biddle is a man of courage and will illuminate and inspire any group he speaks to. I would have no hesitation in recommending Dan Biddle’s speaking abilities and integrity, and I consider him a friend who has provided me with a grounded perspective whenever I face problems in my own life. Together with his lovely wife Gem, I sincerely wish him the best in his future endeavours where I have no doubt he will excel.  Senior Investigator with the Serious Fraud Office in London and Disaster Victim Investigation Lead Officer for the 7/7 London Bombings