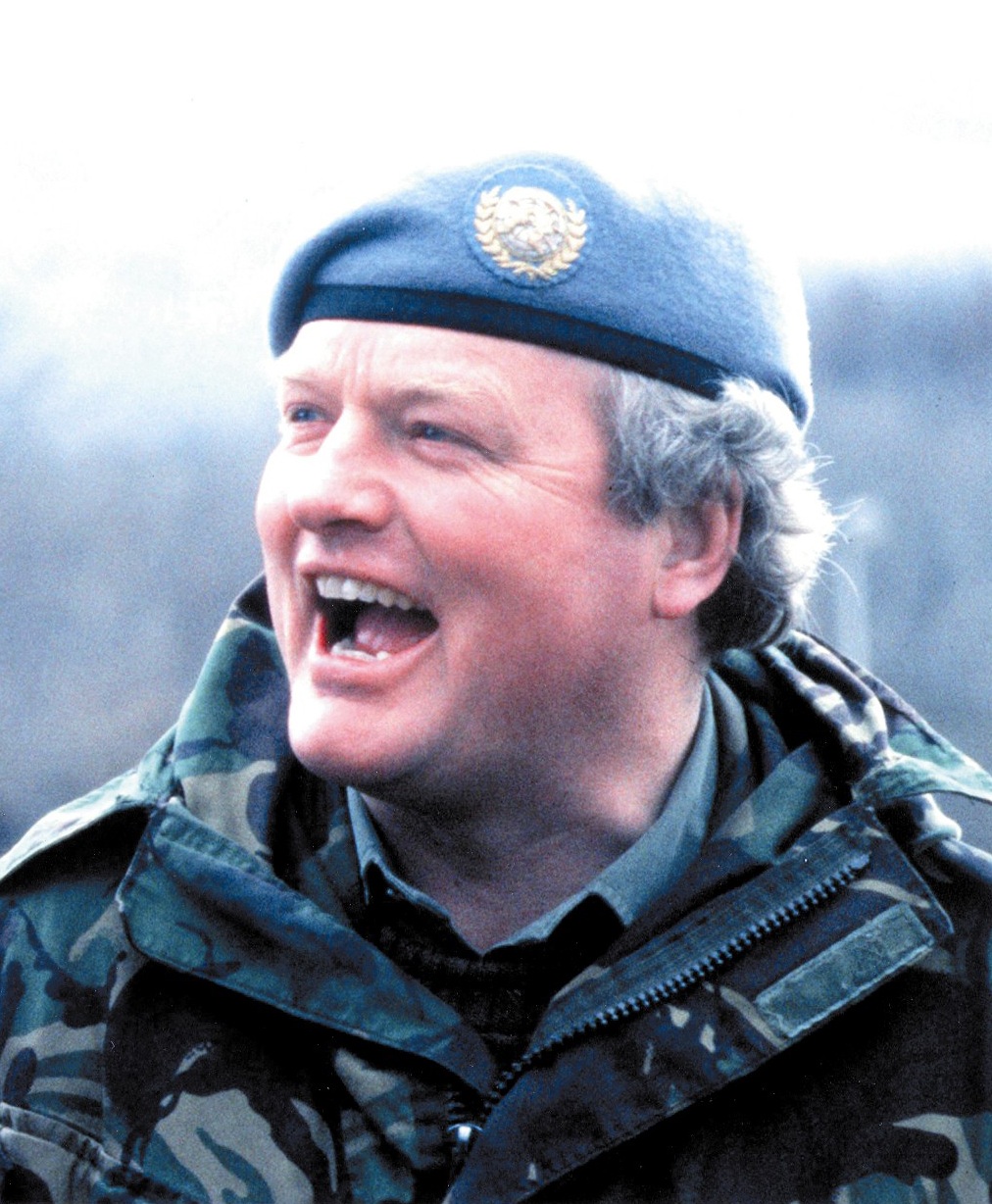 Colonel Bob Stewart, DSO, was a NATO military commander who became widely known as ‘Bosnia Bob’ because of the confident way in which he dealt with the world’s media during the conflict. His personality and negotiating skills shone through in very difficult circumstances. A target for sniper bullets, he still led from the front and won the lasting respect from men and women of all ranks. The skills for which he was honoured – using delegation wisely, setting tasks clearly, controlling situation effectively and motivating by example – remain highly relevant today and often feature in his popular talks.

The son of a Regular Officer Bob Stewart was commissioned from Sandhurst in 1969 and was in the British infantry for the next 26 years. At various times he became an intelligence officer and company commander in Northern Ireland, a Sandhurst instructor, a staff officer in Military Operations within the MOD and Military Assistant (Lieutenant Colonel) to the Chairman of NATO’s Military Committee in Brussels.

On 6 December 1982, as incident commander, he was responsible for controlling and responding to a terrorist bomb at Ballykelly. The bomb killed seventeen people. For his actions that day he was awarded The General Officer Commanding Northern Ireland’s Commendation.

In March 1991 he assumed command of 1st Battalion the Cheshire Regiment.  As Commanding Officer he was the first British Commander under United Nations command in Bosnia during 1992-93.  On returning from Bosnia he was awarded the Distinguished Service Order.   Promoted to Colonel he then took up the appointment of Chief of Policy at Supreme Headquarters Allied Powers in Europe.

Leaving the British Army in September 1995 Bob Stewart became Senior Consultant in the Public Affairs and Corporate Policy Division of Hill & Knowlton (UK) Ltd.  His specializations there were Government Relations as well as Security, Crisis Management and Negotiation.

In May 1998 he was appointed Managing Director of WorldSpace UK Ltd, a digital radio satellite broadcasting company that operates across the World.  On the WorldSpace broadcasting system he set-up and ran the transmission of 21 radio stations internationally from London including CNN and BBC World Service. In October 2001 he left WorldSpace to be a freelance consultant – specializing in Leadership, Business Planning, Security, Intelligence, Motivation, Crisis Management, Ethics and Negotiation.

Bob Stewart’s book ‘Broken Lives’, about command during the Balkan War, was a best seller.  He often appears on television and radio and has been Chairman of the Independent Defence Media Association, representing freelance British Defence and Security journalists, for the last 5 years. Most recently, in December 2006, he has presented a series on Negotiation in Conflict Situations for Channel Five Television and in 2003 wrote and presented a BBC Corporate film on ‘Business Leadership’.  He holds a 1st Class Degree in International Politics from the University of Wales.  As the World’s media noted during the Balkan conflict, he is a highly confident and competent communicator with strong messages to impart.

Thank you Bob brilliant speech and re-enforced all the messages we wanted our guys to go away with.   Looking forward to working with you again

About time we had a speaker who really cared about what he did!

Well done – Bob Stewart was a great choice of speaker