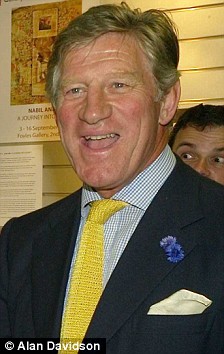 Major General Arthur Denaro, CBE, speaks with experience, insight, compassion and humour on how to motivate, inspire and lead others in testing times.

Major General Denaro’s distinguished career began when he was commissioned into the Queen’s Royal Irish Hussars; his life as a young officer included commanding tank troops in the British Army and being involved with clandestine operations worldwide with UK Special Forces. Prestigious appointments during his career included commanding his Regiment in the War to Liberate of Kuwait, and becoming Chief of Staff of 44,000 troops during the Balkans conflict. (The troops were drawn from no less than 31 different nations and they had to operate in a particularly complex and often cruel environment. Major General Denaro’s role included ensuring international relations were maintained despite fraught and often dangerous events.)Towards the end of his career, he became Commandant of the Royal Military Academy Sandhurst for three years where he trained international graduates in the art of leadership and the skills of management. He was also the Middle East adviser to the Secretary of State for Defence for six years until 2002.

Major General Denaro’s advice remains sought after. His current appointments include Trustee of the Prince’s Trust, Adviser to the Crown Prince of Bahrain and Extra Equerry to HRH the Prince of Wales.

Major General Denaro After Dinner SpeakerMajor General Denaro now speaks on issues such as effective leadership, change management, teamwork and motivation. His skill at leading, managing, motivating and developing others was essential to his successful career and he now shares his insights with corporate audiences. During his presentations he is able to draw upon many dramatic examples, both moving and highly amusing, to ensure that his talks are memorable as well as inspiring.

Major General Denaro is a truly charismatic character. He is in demand to address senior managers and members of the board on aspects of leadership or change management, but he also particularly enjoys giving motivational talks to younger corporate audiences about how to work with integrity and professionalism and how to assume responsibility.