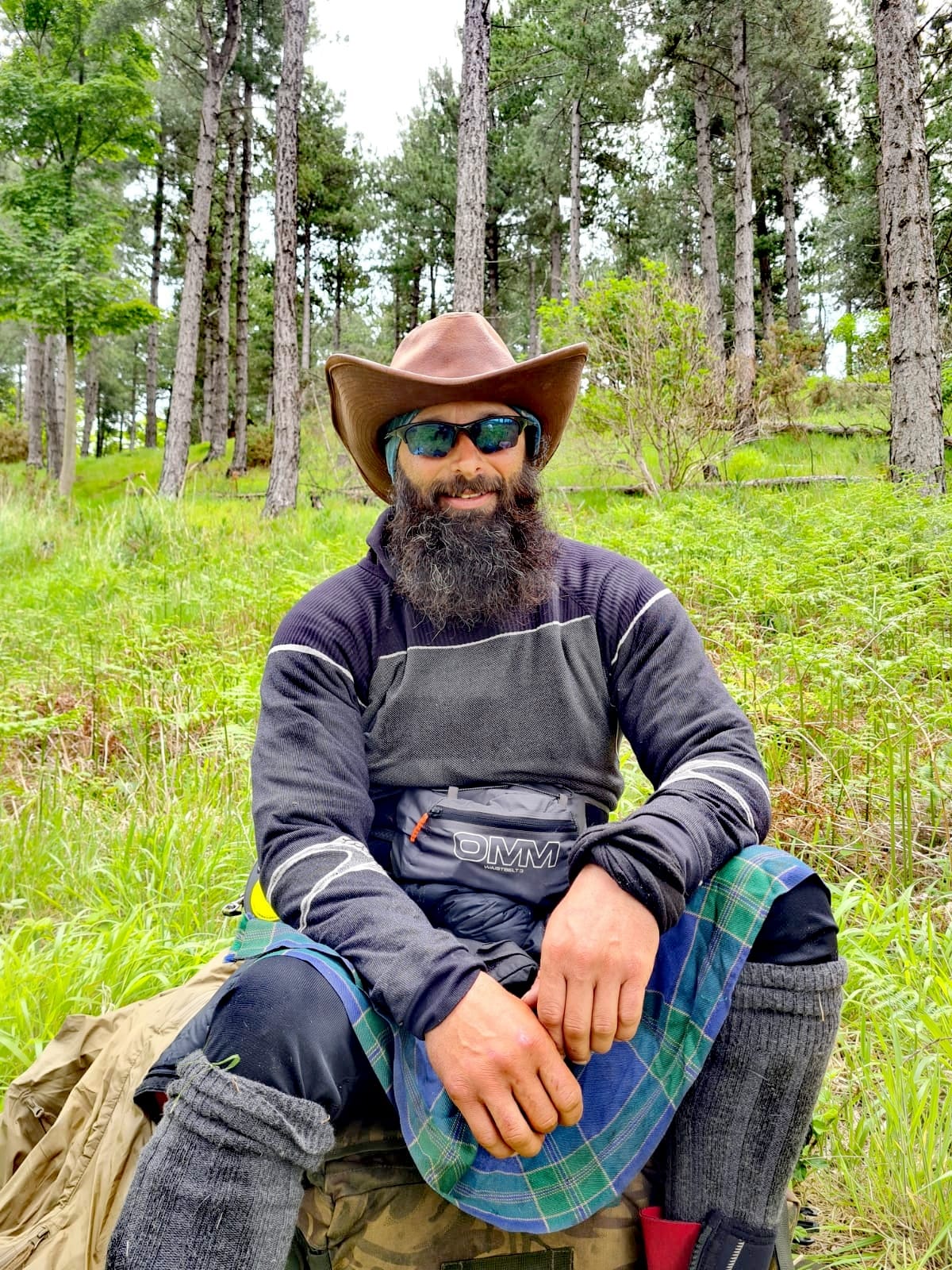 Christian Lewis is an ex paratrooper, single parent, adventurer and charity fundraiser. He is soon to become the first person in history to have walked the entire coastline of the United Kingdom, including all of its islands; a journey which is still ongoing and, by the finish line, will have taken a total of around 5 years to complete.

Christian Lewis is an ex paratrooper, single parent, adventurer and charity fundraiser. He is soon to become the first person in history to have walked the entire coastline of the United Kingdom, including all of its islands; a journey which is still ongoing and, by the finish line, will have taken a total of around 5 years to complete.

The journey has caught the attention of world media and inspired a documentary on BBC1 set to air on 8th September 2021 at 7.30pm.

After serving in the parachute regiment for 8 years, Chris left to raise his daughter single handedly. Chris fell on tough times after leaving the forces which even led to several episodes of homelessness. Years later, it became apparent that the difficulties of his past, which he had carried alone for years as he raised his child, caught up with him and depression set in. At the age of 37, when his daughter had left home to go to college, Chris found himself at rock bottom. He was a broken man, who had lost his faith in humanity and sense of self worth. He knew that if he didn’t make a change, a drastic change, then life was set to go rapidly and dangerously downhill.

On the 1st August 2017, with just £10, a broken tent and a pair of shoes that didn’t fit, Chris embarked on what would turn out to be a mammoth, near 20,000 mile walk skirting every inch of the UK’s coastal perimeter, wild camping all the way, in a bid to rediscover his lost sense of self and raise money for SSAFA, the veterans charity that had helped him during his troubles after leaving the paras.

When he started, he had no idea if this was even possible: there was no planning, funding, sponsorship, following or support team. During the first 9 months, he pushed hard, often covering stretches over 3 – 5 days without food and lost a considerable amount of weight. He also contended with the challenges of wild camping being illegal in both Wales and England. Coming into Scotland, he adopted a dog, Jet, before commencing the most challenging part of his journey to date: the rugged wilderness of the west coast and the islands, many of which are uninhabited. During this time, he spent two brutal winters in some of the most remote, northernmost isles, broke his ankle, fled from wind-obliterated tents, slept in caves and pulled his own tooth out.

As he continued to progress through adversity, in high spirits, never wavering from his dogged determination to stick rigidly to the coast, he began to earn the respect of the public and his following on social media began to grow. It was at this point when Chris’s self-belief bolstered and he was boosted by a desire, not just to help himself, but to help others.

Just as he was about to finish walking the toughest part of his journey, Shetland, during the winter, the first lockdown was announced. Chris decided to go to the uninhabited island of Hildasay, spending 3.5 months with no fresh water, no shop and no gas or electricity. Occasionally, depending on weather, a supply boat could come out with food and water supplies. Other than that, Chris had to forage from the land in order to survive. When world media got hold of Chris’s story, it led to various TV appearances as well as news, radio and podcast interviews and the beginnings of a documentary. His following increased as did his fundraising efforts.

It was just after finishing the islands, 3.5 years into his journey that the next twist of fate occurred: Chris met now girlfriend, Kate Barron, at the top of the north-east coast, while she was on a solo trip wild camping the Highlands. An adventurer herself and inspired by the journey so far, 3 months later, Kate dropped everything to join Chris and Jet on their journey.  What began as a 1 man effort has now turned into a team of 3 venturing together towards the finish line in Swansea, where the walk first started.

Chris is passionate about inspiring the younger generation and helping others. Throughout the walk, he has given lots of talks in schools and colleges, to outdoor pursuits groups such as the cubs, beavers and scouts as well as to adult groups including The Women’s Institute. He takes time to reach out in person or via video message to those who contact him asking for help or advice. When walking through cities, the trio sleep rough, visiting shelters and local charities to help raise awareness for the homeless. As he crosses the border into England, his efforts so far have raised nearly £200,000 for SSAFA, a figure he hopes to triple by the time he finishes.

Chris is a passionate advocate for taking risks, pursuing your passions, maintaining a positive mindset and overcoming adversity, all of which is underpinned by nurturing our self-belief and the sense that we all have limitless potential. He also speaks passionately about helping others, the power of our relationship with nature and protecting the planet. Chris has realised that following a dream with self belief and the tenacity to see it through can bring more than personal achievement but the ultimate goal for us all…happiness. For him, the adventure continues. Whatever the future holds, he will continue to help and inspire others along the way.