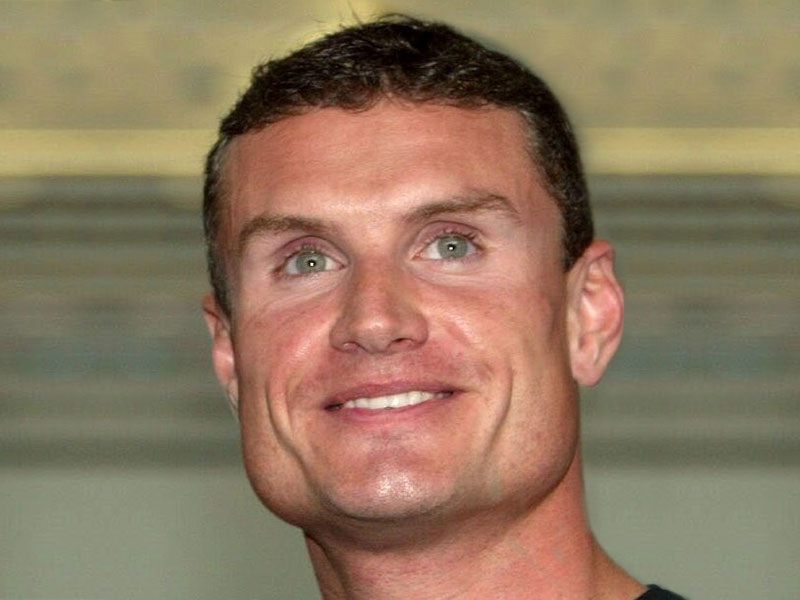 David Coulthard is a former Formula One racing driver.  He made his Formula One debut in 1994.  He was then a test driver with Williams, but following Ayrton Senna’s death at Imola, he was promoted to the race team alongside Damon Hill for the Spanish Grand Prix. He won 13 Grands Prix in a career spanning 15 seasons.  David is now available for corporate speaking engagements, his events are presented jointly with Mark Gallagher.

David Coulthard is a former Formula One racing driver who made his Formula One debut in 1994. After Ayrton Senna’s death at Imola, David was promoted from Williams test driver to the race team. This promotion saw him race alongside Damon Hill for the Spanish Grand Prix. After competing in eight grands prix for the team in the 1994 season he became a full-time F1 driver in 1995. That year he won the Portuguese Grand Prix and finished third in the championship. David went on to win 13 Grands Prix in a career spanning 15 seasons.

Twice a winner in the Monaco GP, David was team-mate to Mika Häkkinen in the Finn’s two Drivers’ Championship winning seasons for McLaren Mercedes.  From 2005, David helped establish the Red Bull team. David amassed a notable points haul placing him seventh on the all-time scorers list. His best Drivers’ Championship finish was second in 2001.

After his F1 career, David returned to racing as an active driver in the DTM series for 2010, piloting a 2008 Mercedes-Benz C-Class for Mücke Motorsport.

Having worked as a BBC TV Formula One commentator, David is now commentator and presenter for Channel 4’s F1 coverage. In addition, he is also a team consultant for Red Bull Racing and Scuderia Toro Rosso.

Speaking appearances with David take the form of a highly engaging Q&A session. David presents jointly with Mark Gallagher and Mark conducts a Q&A with David covering such topics as:

Motivation – how to succeed in the high performance, high pressure world of Formula One, and consistently reach peak performance levels
Teamwork – How a top Formula One team enables drivers, technicians and engineers, and sponsors   to work together to create a winning team.
Leadership – Examples of great leadership that David has observed in his Formula One career and lessons he has learned.