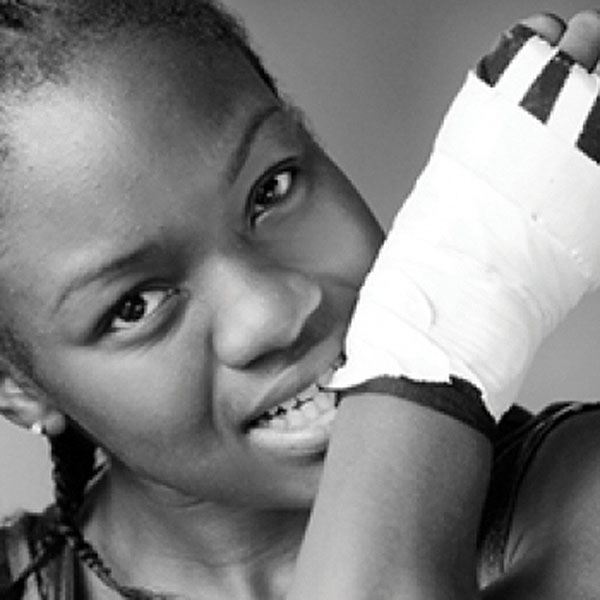 In August 2016, Nicola achieved what was the proudest moment of her career so far, in becoming the first British boxer to successfully defend their Olympic title for 92 years.

Having also become World Champion in May 2016 she has now secured a grand slam of titles, and is the only female boxer in the history of the sport to have won every major title available to her; Olympic, World, European and Commonwealth.

Over the course of the London 2012 games, she became an icon of the games after winning Great Britain’s first ever female boxing Gold, having defeated three time world champion Red Cancan She instantly became a role model, realising her dream in front of millions, as the nation tuned in to see the world’s best female boxers come toe-to-toe for the first time in the Olympic Games.

In recognition of her services to boxing and unprecedented achievement, Nicola was appointed Member of the Order of the British Empire (MBE) in the 2013 New Year’s Honours list.

Nicola’s history of breaking records continued in 2014 and 2015, as she won gold at both the Commonwealth Games, as well as the first ever female Boxing gold medal at the European Games in Baku. This represents another incredibly proud moment for Nicola as she was also selected for the honour of being Team GB’s flag bearer.

She is a true champion in every sense of the word, having overcome both injury and adversity early in her career; Nicola fought back from a career threatening injury in 2009 to win a silver medal at the 2010 World Championships and gold at the European Amateur Championships, subsequently qualifying for London 2012.

Through several initiatives and organisations (Fight for Peace), Nicola has encouraged people of all ages and abilities to join their local sports clubs, enjoy the benefits this brings whilst promoting living a healthy and well-balanced lifestyle. She has worked with charities and strives to raise awareness of young people and women in sport and boxing.

Nicola has enjoyed acting; she appeared as an extra in some of Britain’s iconic soaps, including, Coronation Street and Emmerdale, and had a cameo appearance in the BBC’s award-winning drama series, Waterloo Road, where she played herself (October 2013).