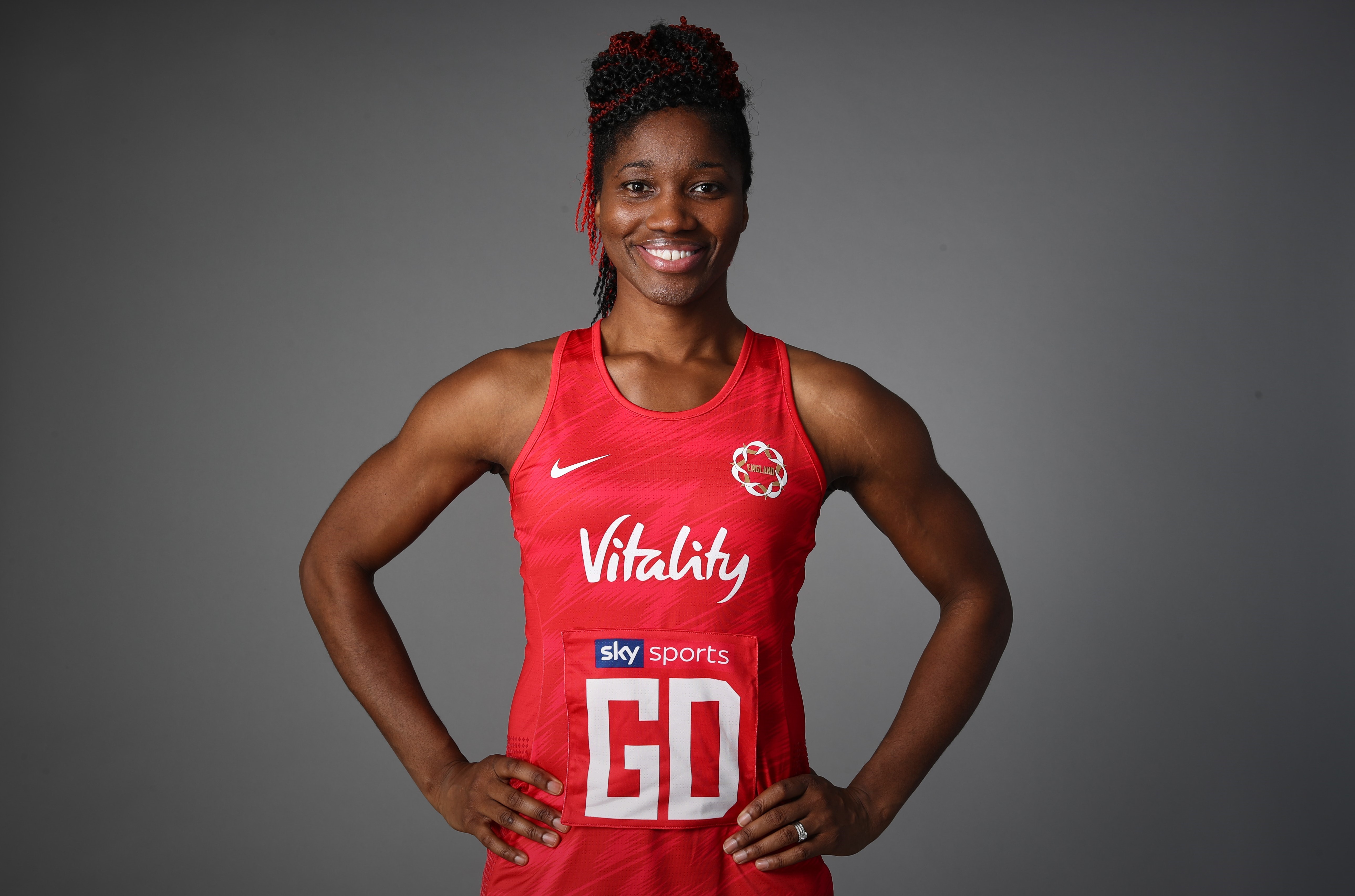 Ama Agbeze has been dubbed ‘a marvel of the modern netball world’, having played in Australia, New Zealand and England, and across five positions on the court. Agile and adept, the experienced defender currently plies her trade for London Pulse, bringing a wealth of knowledge to the Vitality Netball Superleague newcomers. She made her international debut in 2001 and has won 100 England caps to date. A great orator and motivator, Ama was named England captain in 2016 and led the Vitality Roses to their historic gold medal at the 2018 Commonwealth Games. She was deservedly inducted into the England Netball Hall of Fame in testament to her contribution to the sport in England.

England’s victory over Australia at the Commonwealth Games, the first ever in a major tournament, was a defining moment for netball in the UK. With the match watched live by 2 million, it propelled the sport into the spotlight and at the BBC Sports Personality of the Year that year the Roses were awarded Team of the Year and Greatest Sporting Moment of the Year. It was a level of recognition that would have seemed inconceivable up until that point, and as one of the sport’s leading figures Ama is a shining example of the resilience and tenacity that has finally brought netball to the main stage.

Since 2001 she has committed herself to England Netball with one driving ambition; to reach the very pinnacle of her sport regardless of the sacrifices she has had to make. Along the way there have been moments when she has been dropped from the squad and had to battle her way back in, there have been moves to Australia and New Zealand to take advantage of the higher level of club competition, and there has been the challenge of being apart from her Kiwi husband when her career brought her back to the UK. Throughout all of this there has also been the need to maintain her income through work outside netball – with Ama practicing as a lawyer alongside her sport. Through all of these challenges and difficult decisions it has been Ama’s sense of self belief and ambition that has allowed her to battle against the uncertainty and kept her drive for the top.

This was finally rewarded in 2016 when she was named as England captain, a position that allowed her to motivate the team to their victory on the Gold Coast in 2018, turning around the disappointing 4th place finish at Glasgow 2014. Having observed the approaches of many captains before her she made the conscious decision to be an empathetic leader – someone who wasn’t the loudest in the room or the team superstar, but who was able to motivate each person as an individual by giving them her time, understanding what each person brings and selecting the right person for the right situation.

She was also acutely aware that the culture of the team and their mental strength was just as important to work on as physical strength. Feeling that this area was underdeveloped she proactively pushed for psychological support to be provided to the team, allowing them to develop a joint culture which they could all be accountable to.

On the eve of the final against Australia she gave a rousing speech to the team – using the words ’If not now when. If not us, who’. They were words that have been repeated many times since by the media and the team’s supporters, and perfectly capture Ama’s ability to motivate and inspire her team and to make them feel that anything was possible.

As well as sharing her experiences of teamwork and leadership, Ama also reflects on the question of diversity from a number of perspectives – race, gender in sport, and the importance of understanding that people have many different layers. Her message is a simple one – judge people on the basis of what they say and do, not on pre-conceived ideas of what to expect.

Ama is an experienced and confident speaker, a shining light in women’s sport, and is inspirational in addressing the following themes:

“Ama was honestly great. I loved the easy and natural way she added her own anecdotes and comments into the script, as well as really listening to the speeches of other presenters and drawing on them in her sections. It made it all tie together and flow really nicely, and despite being stuck in traffic and really busy she was totally composed on stage. She was really smiley and friendly too which was welcoming to all the people coming on stage. To quote our director of sport, she’s a natural!”  Corporate Sports Awards