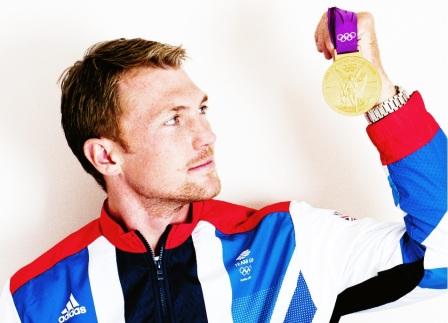 Recently retired Olympic rower having won Gold in the coxless four at London 2012 and Rio 2016. This came after many years of failure, striving, trying and failing to reach my goals. After eight years and at the brink of walking away from it forever I discovered a way to overcome my struggles and use them to turn my career around and into a success.

It took 8 years of failure before Alex first became World Champion, but learning to adapt and make necessary decisions turned his previous years of disappointment around. It was these defeats that laid the foundations for Alex’s Olympic success and the ability to overcome any difficulties that he encountered on the way. Taking audiences on an emotional journey through vivid and heart wrenching descriptions, Alex brings to life this journey relaying the need for ‘true motivation’, words are not enough.Bringing teams together became Alex’s gift, turning him into one of the leading rowers in the world. He prides himself on his ability to adapt to others and bring out his teammates’ full potential helping to create teams that regularly performed beyond expectation. It was during the years of struggle that Alex discovered the need to learn from those around him, using their skills alongside his to aid the crew’s performance creating infallible teams. Living proof that a team is greater than the sum of its parts, his words are relatable to all as he admits he was never the strongest or biggest athlete, but ‘it’s how the skills of those around you are nurtured that counts’. Between 2011 and 2016 Alex was one of only three men in the world to win all consecutive major championships.

Having worked with some of sport’s most successful athletes and coaches, Alex has a unique insight into what a successful leader is. He talks openly about the various leaders he has encountered drawing parallels and giving fascinating insights. Performing under the greatest of pressures in survival situations and on the Olympic stage, he has encountered it all.

Alex recently spent a month exploring some of the coldest waters in the world while on a pioneering Arctic rowing expedition. With the desire to push his boundaries and test his mental capacity in a vastly different environment to what he was used to, Alex learnt far more about himself, team dynamics and leadership than he ever expected. An extraordinary journey discovering little seen natural wonders, exploring a rarely visited part of the globe, battling dangerous seas, immensely cold conditions eventually finishing the journey on a little known Volcanic Island, Jan Mayen. The expedition was a resounding success securing numerous Guinness World records and was filled with lessons and experiences that will enthral audiences in all walks of life.

As the father of three young children, Alex’s attentions now lie in exploring the practical, healthy opportunities young people have in modern society. Passionate about the outdoors Alex is writing a book to be published by Harper Collins in 2018 on the subject giving parents a guide to outdoor activities that will create bonding moments and lasting memories between parent and child. His experiences in sport, as a parent and during Arctic expeditions give Alex an appreciation and understanding of what is important to him & his family. He is passionate about sharing these thoughts with others.

Everyone sets goals, but what do they really mean? Alex has a wealth of experience in understanding the difference between a goal that one will succeed in and one that will forever remain ‘just words.’

Throughout Alex’s career, he has been a part of many different teams of various sizes. As one of the only activities that is done in absolute harmony yet often in silence, rowing is sometimes called ‘the ultimate team sport.’ This has given Alex an insight into working and adapting to those around him like no other. With many examples and experiences throughout his career, communication has become a key factor in his success.

Alex has sat on the start line of two Olympic finals. A home Olympics where the pressure and expectation was excruciating, the second where anything but Gold would have been an abject failure. Alex talks openly and honestly about his methods of coping with and performing, without exception in these make or break, public situations.

Is the image of a leader we have in our minds accurate? Is it really what or who we want to be working with on a day to day basis? Alex discusses the leadership strategies encountered in his career from the best to the very worst. Alex learnt that leadership did not have to conform to stereotype as he led his men across the line to gold in the 2016 Olympic Games.

Consistency is key to performance. Over time Alex learnt this and started to understand the complexities of developing consistency every day in an Olympic cycle. This, Alex admits, is a huge contributing factor to his continued success. Once realising this, anyone can develop a culture of excellence within a team.

“If you can get Americans interested in hearing about a Brit winning a gold medal in rowing you've done a pretty good job.” Bailard Investment Management

“Alex was bright and articulate, delving into a range of subjects including teamwork, commitment, resilience and legacy. We received great feedback from the session.ﾠ He was insightful and inspiring. Strongly recommended.”ﾠ Partner and Managing Director, Goldman Sachs

“Alex was kind enough to speak at a CFO Breakfast Seminar on behalf of Stanton House. He spoke about building and leading great teams, his journey and the pressures of being an elite athlete. An excellent and inspiring presentation. I will be sure to hire him again. Thank you.”ﾠ Stanton House

“Your presentation style is completely engaging and the humility you displayed as you spoke meant you could have held everyone's attention for at least a few more hours, I'm sure!ﾠ The effective way you brought your inspirational story of ultimate sporting success following the overcoming of many personal adversities, back to the jobs of every individual in the room, meant everyone couldn't help but be left with a compelling feeling of personal motivation from your words.ﾠ A week or so since the event, you are still being quoted continually by members of our team 'a sentiment to how well your story still resonates with us all.”ﾠ Restore Datashred