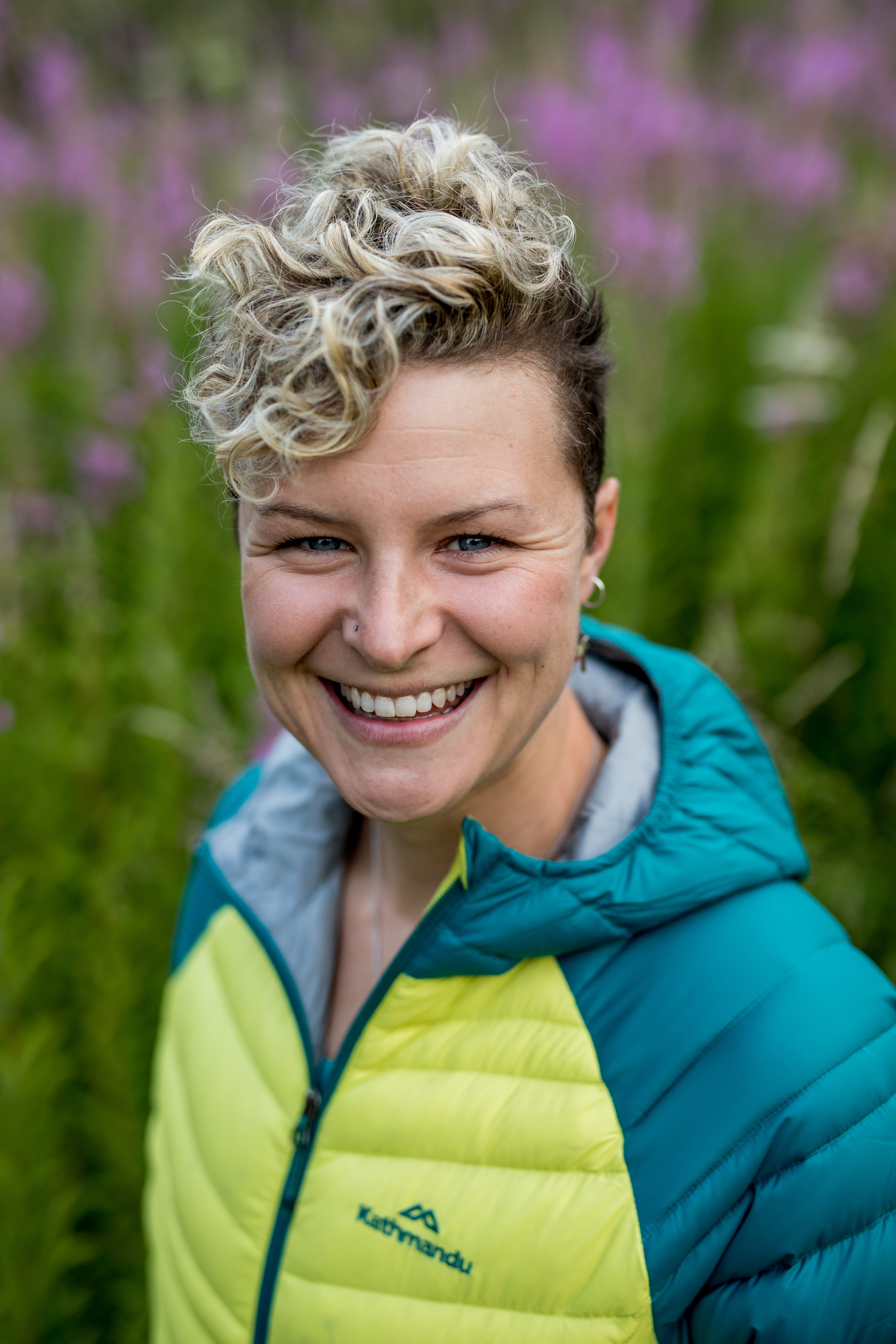 Anna McNuff is an endurance athlete, adventurer and motivational speaker.

Anna McNuff is an endurance athlete, author and adventurer. Named by the Guardian as one of the top female adventurers of our time, Condé Nast Traveller also included her in a list of the 50 most influential travellers in the world. She is also the UK ambassador for Girl Guiding, and her debut book ‘The Pants of Perspective’ hit the Amazon charts as a No.1 bestseller.

Anna is no stranger to setting ambitious goals and navigating through set-backs. Her background offers a rare combination of experience as an elite athlete in a high-performing team and of solo, self-driven challenges. Through her speeches, she advocates a willingness to embrace the many obstacles that litter the road to success, and to view each one as an opportunity to learn and to grow.

The daughter of two Olympic rowers, Anna harboured ambitions from an early age to be an Olympian herself. She went on to represent Great Britain – winning medals at World and European rowing Championships, but failed to realise her Olympic dream. Dogged by injury in her twenties, she made the difficult decision to retire from the sport and to embark on a new life as an adventurer.  Since then, Anna has run, swum and cycled over 20,000 miles across the globe.

In 2019 Anna received widespread media attention when she completed an ambitious 2,300 mile (90 marathon) run from The Shetland Islands to London, in bare feet. Along the way she spoke to over 1,700 young women — using the adventure as a platform to encourage them to be bold, be brave and believe that they are capable of more. She was joined by over 2,500 runners through the course of the journey and somehow managed the logistics of getting a kitbag (called Barry) passed along like a giant baton by the kind people of Britain.

In 2017 Anna was part of a two-woman team who cycled 5,500 miles along the spine of South America’s Andes mountains, ascending over 100,000 metres on a bike — more than 11 times the height of Everest.

In 2015 Anna ran 2,000 miles along New Zealand’s Te Araroa trail. Covering up to 32 miles in a day, Anna became the first person (male or female) to run the length of the New Zealand without a support crew — carrying all of her belongings in a backpack that was often as heavy at 20kgs.

Anna’s high energy talks are life lessons from the road, told with raw honesty, humour and passion. Her delivery style is relaxed, fun, upbeat, interactive and energetic. She uses adventure storytelling combined with a light touch of psychological theory, and poses powerful questions to the audience throughout.

At an individual level, Anna’s talks can lead to increased confidence, creativity, and a reduction in failure related anxiety.

At an organisational level Anna’s talks help to foster an innovative, dynamic culture, where employees aren’t afraid to take risks, and are motivated to embrace change.

•     Growth mindset and the courage to begin

Above all, Anna has a genuine belief in the limitless potential of every individual. She helps audience members to understand and value their individual contribution to the team, and to find the confidence to push the boundaries of their capability.

“Anna really brought the room to life with her friendly, vibrant, full of energy self.  Everyone was inspired and engaged – 10/10 for Anna.”  First Central

“Anna’s ability to instil a sense of self-belief in those watching her speak is second to none. Despite her own astounding achievements – she very much made the talk at our team away day about us instead. Honest, relatable and wonderfully down to earth.”  Sky TV

‘'You are an incredibly talented speaker – full of guts, energy, determination, stamina and vision. You placed us right in the heart of the action, and as a result encouraged each and every one of us to try new things and push ourselves more.”  Barclays

“Anna’s inspiring stories made the audience think differently about their own personal and professional challenges – something very well suited with the current challenges and opportunities facing our industry.”  Skoda

“Without a doubt, the most energetic speaker we have ever had! Thank you for helping our team to find the courage to face challenges head on.”  Mars

“Anna gave a motivational and inspirational talk which was well received by our audience of students, parents, VIP guests and staff.  We had some really good feedback on her presentation after the event too. She was very engaging and pitched well to the audience with lively delivery and good energy and pace.  The combination of talking around the PowerPoint presentation as a good visual aid worked well.  The little bit of audience interaction was good too!  The synopsis we had on Anna and the links to previous work gave us a good indication of her suitability for our event.  The brief she was given and the telephone call beforehand was helpful in conveying our audience mix and our aims for the evening.  Anna was really warm and genuine with the students as she presented the awards and congratulated them.”  Head of Marketing, Uxbridge College

“Anna was excellent, we really enjoyed her presentation which we found appealed to a wide audience of staff, students and parents.  Anna has a relaxed and humorous approach and her talk was just the right length.  Staff are talking about her book 'Pants of perspective' and some have even ordered a pair! The audience enjoyed the talk and told us they felt 'inspired”  Headteacher, Manor House School

“You made a huge impact in such a short space of time!”   English Institute of Sport and the GB Archery Team

“It really felt like we experienced the journey with Anna — a truly memorable presentation. I would welcome her back to speak at future events in a heartbeat.”  Cancer Research UK

“In the same way Jamie Oliver has a kind of innate and interminable positivity that makes cooking and food seem like the best thing ever, adventurer Anna McNuff manages to do that about life.” The Stylist

“I laughed, I cried, and I left ready to take on the world.”  Deloitte, Auckland

“We were all thoroughly inspired by your after dinner talk – it was exactly what the team needed after a long day at the conference. You are living proof that if you have the determination you can achieve anything you want to.”  Department for Environment, Food & Rural Affairs (DEFRA)

“You truly are a breed apart, Anna. Thank you for bringing your sunshine to a cold and grey afternoon in Sydney”  GPJ marketing, Sydney