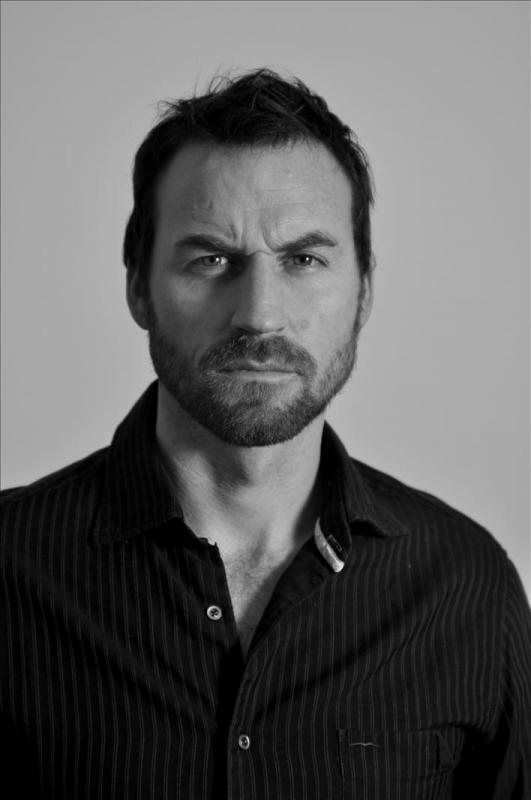 Colin MacLachlan is well known for his starring role in Channel 4’s reality TV drama SAS: Who Dares Wins and Channel 5’s ‘Secrets of the SAS’. After 9 years in the Royal Scots, Colin was selected to join the SAS at age 23. Only a handful of men have been involved in hostage negotiations, hostage rescue and been a hostage themselves and Colin is one of them

Colin MacLachlan is well known for his starring role in Channel 4’s reality TV drama SAS: Who Dares Wins and Channel 5’s ‘Secrets of the SAS’.

After 9 years in the Royal Scots, Colin was selected to join the SAS at age 23.  Only a handful of men have been involved in hostage negotiations, hostage rescue and been a hostage themselves and Colin is one of them.  He felt fortunate to be involved in some of the more high profile and daring missions including wading through stinking swamps in the Sierra Leone to hunting down a guerilla gang holding British soldiers hostage – a mission so daring and dangerous they nicknamed it ‘Operation Certain Death’.

Colin was the first sniper on the scene when a hijacked Afghan flight with 180 passengers landed in London, sparking a stand-off that lasted four days.  Four years later Colin found himself on the other side of a rescue mission after he was taken hostage in the Iraqi city of Basra.  Blindfolded, battered and stripped naked, he suffered a mock execution at the hands of his captors.   Father-of-two Colin only survived long enough for British troops to rescue him because the terrorists who held him wanted to film his suffering in a propaganda video before they executed him.

Colin left the SAS shortly after doing an exchange programme with both Delta Force and Seal Team 6.  He then undertook security consultancy for the Saudi Royal Family, A-List Celebrities and US Media Networks.   After funding himself through university, Colin became involved in TV, Book, Radio, Video Games and charitable work as an Ambassador for the Lee Rigby Foundation, Pilgrim Bandits, Veterans Garage and NSPCC among others. He also founded his own charity Who Dares Cares that aims to link and support veterans as well as others that encounter stress. As well as local community issues, Colin writes and edits articles on military and terrorism, and also risk consultancy on a project basis.

Having had both an exciting and varied career, Colin is an excellent speaker on a wide variety of topics including Resilience, Teamwork, Leadership, Risk, Motivation and Performance. He is also an experienced presenter and host for events.

“I arranged for Colin to speak at our inaugural company conference in Aberdeen in May 2016 and was impressed at the outset with his attention to detail and the level of preparation he went to pre-event.  In keeping with his previous life I suppose, but nevertheless demonstrated a professionalism way beyond anything I had encountered before.  Colin is a compelling speaker with enthralling tales to tell, although always kept in context with a relevance to the theme of the event. He has a self-deprecating style, which endears himself to the audience and belies the magnitude of some of his real life experiences. He has a wealth of experience from both his military and television careers which afford him excellent material with which to craft interesting and captivating presentations.  There are many former military/police speakers on the circuit but I would confidently say that Colin is one of the best” Matrix Risk Control UK Ltd

“Colin was great, he hit the spot in terms of content and related his experiences to our business. The guys loved him and all the women loved him even more! So a big hit’ Complete Business Solutions

“Just wanted to let you know that Colin was absolutely brilliant and lovely. Such a humble gentleman, he had everyone enthralled and they did not want him to leave. I only wish I had asked him to stay longer. The presentation itself was perfect, a great blend of informative, funny and corporate/business messaging; and what a lovely lovely guy. Really appreciate you recommending him, we would definitely book him again he was a big hit. Thanks again” Property Services

“Thanks for all of your help arranging for Colin to speak to our team yesterday. Colin was excellent and I’ve had extremely positive feedback” RBS

“We booked Colin MacLachlan for an event we held for our operational senior leadership team.  Colin was beyond great. He adapted his presentation to the level of the attendees and tailored each story to the team in a way they could relate to in their day to day operational role. Colin was a powerful speaker and his venerability inspired the audience to ask well thought through questions” Nationwide Building Society