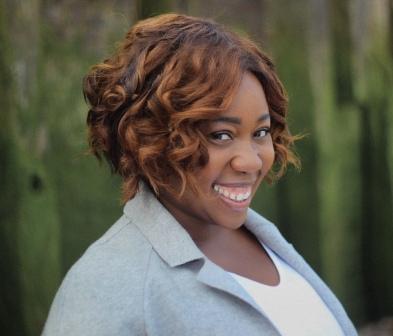 Breaking down the stigma surrounding mental health conditions, Chizzy has suffered from depression and is a huge supporter of Mental Health charities.  A well-known actress, Chizzy is also a popular host and motivational speaker on the topics of Mental Health, achieving goals and overcoming adversity.

Breaking down the stigma surrounding mental health conditions, Chizzy has suffered from depression and is a huge supporter of Mental Health charities.  A well-known actress, Chizzy is also a popular host and motivational speaker on the topics of Mental Health, achieving goals and overcoming adversity.
Chizzy Akudolu is best known for playing the much-loved character of Mo Effanga in BBC’s Holby City since 2012.  She left the series this year and most recently took part in Strictly Come Dancing 2017.

In 2002, Chizzy was one of eight new comedy performers who won the BBC Talent Initiative, The Urban Sketch Showcase. Her first television appearance was in the BBC sitcom 15 Storeys High and was followed by a small role in EastEnders. She continued to work for the BBC in her first children’s series called Stupid! and Roman’s Empire. Credits also include Green Wing, Dustbin Baby for Kindle Entertainment and as a caricature of herself in the mockumentary The Most Unromantic Man in the World. Chizzy also played series regular Miss Kanouti in The Complete Guide to Parenting. She has continued to work for CBBC and in 2008 she played the housemate, Angel, in Dead Set, a satirical cross between Big Brother and zombies. In 2009, she had a guest role in Hollyoaks Later and starred in the CBBC show Jinx in the lead role as the unconventional Fairy Godmother, Cookie. In 2010 she appeared in The Increasingly Poor Decisions of Todd Margaret, Twenty Twelve, The Inbetweeners, and as a semi-regular in the Channel 4 comedy Campus.

Chizzy was nominated for and went on to win “Best Newcomer” at the Black International Film Festival and Music Video & Screen Awards.  She also took home Best Actress in the same year at BEFFTA Awards. She was nominated for “Emerging Talent” at the 8th Annual Screen Nation Awards.

In 2017, Chizzy took part in Let’s Sing and Dance for Comic Relief with a duo from Casualty. The trio performed “Uptown Funk” by Bruno Mars and came second place. She also took part in the Weakest Link one-off celebrity episode for Children in Need and was the strongest link in 5 out of the 6 rounds, going on to be the eventual winner.

“Thank you Chizzy for presenting at our staff awards last week, we had tremendous feedback and couldn’t have hoped for a better speaker and compere. Your openness, warmth and bubbly personality fitted perfectly into the style of our event and everyone was so delighted to have you there.  Speaking publicly about your struggle with depression is helping to break stigma and raise awareness about mental health issues, which helps so many people and communities.   It’s the openness and bravery of people in the public eye, such as you, that is helping to break down barriers around mental health. We wish you the very best for the future and will be cheering you on along the way.”  NHS Pennine Care