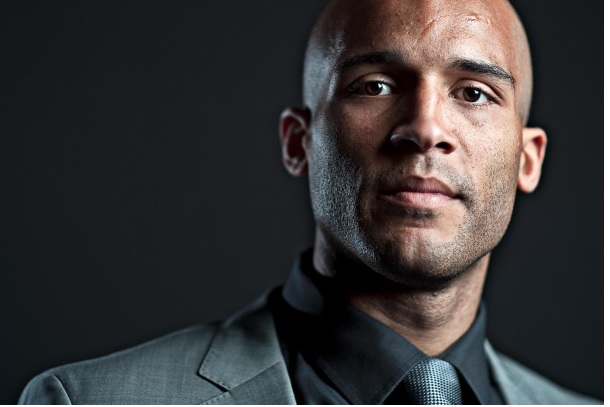 Clarke is a radio and television presenter and former professional footballer

Clarke is a radio and television presenter and former professional footballer. He has authored two documentaries, Football’s Suicide Secret and the critically acclaimed documentary “Is Football Racist?” for the BBC and has written a powerful autobiography A Footballer’s Life, which was published by Simon & Schuster.

Having made over 500 senior level appearances and led the Football Players’ Union, Clarke has experienced the very highs of professional sport. He won promotion with both Blackpool and Burnley, represented his country and has played at the home of English football – Wembley Stadium. However, in 2001 Clarke suffered a posterior cruciate ligament injury which sidelined him for a year, nearly ending his career.

Clarke speaks openly about depression, his battle with alcohol and attempted suicide in order to raise awareness.  He is an ambassador for the mental health charity Mind and the Premier League Kick It Out Campaign which promotes inclusion and equality in football. An excellent motivational and corporate speaker and host, Clarke is an honest and moving speaker in the area of Mental Health.  Clarke often speaks with his wife Carrie who is a presenter and journalist, together they discuss the importance of talking about mental health and breaking the stigma around the issues. They share their experiences of living with Clarke’s depression and how it impacts their relationship and family life, as well as the importance of taking care of your own mental health alongside achieving success at work.

“I've just had the huge privilege of listening to Clarke Carlisle talking about his personal journey of living with depression. Eloquently delivered, with humour and humility: his story brought me to several tears, but also inspired me to make good choices and to keep trying to live well. Genuinely, that was one of the best spent hours I've had the fortune of passing. To quote his closing lines “you got today for free, what are you going to do with it?”

“I just wanted to say what an inspirational, emotional and very honest talk that we had from Clarke Carlisle. I think that the talk touched a lot of people today, and has been probably the most powerful one that we have had.”

“It was extremely powerful but with great humour, he delivered it with true passion.  One of the best talks we've had!  Very moving.”

“Very powerful, emotional, frank and honest. Humour took the edge off but the underlying message remained. I think there were a number of shocked people in the room. Certainly one of the best speakers we've had in as far as I'm concerned.”

“Very engaging speaker and style of delivery was brilliant.  Thanks to the team for booking Clarke!”

“It was one of the most touching and powerful speeches I have heard. An amazing guy and a true northerner who reminded me to never give up and keep reaching out.”

“I was waxing lyrical about Clarke Carlisle's presentation which literally left me sobbing – possibly the best talk I've ever heard and seen. Clarke spoke about his journey as a footballer whilst battling depression which was delivered with eloquence, humility, humour and tremendous sensitivity. There were parts which had the audience laughing, but the message behind the humour was a tough one to hear. He's clearly an incredibly talented man not only for his professional successes but also how he has worked through his dark times to benefit others. His turn of phrase is beautifully engaging and I was totally engrossed in his story. Just one of the many messages that resonated with me was that nothing in life is inevitable, and you can take control and make your choices.”

“Clarke was excellent. We had anticipated quite a strong reaction and expected that for some, this would hit a nerve but we didn't expect the breadth and depth of the response we have received. We had follow up plans in place but have since agreed to put more effort and resource into extending these plans as a result of the response.”

Clarke Carlisle on depression, his attempted suicide and on mental health – Newsnight – https://www.youtube.com/watch?v=NlLvsAhrOaY&list=RDQM2jtX5B6H8k8&start_radio=1