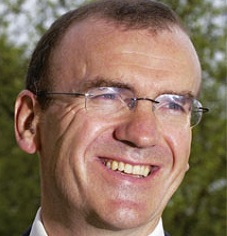 Sir Terry is known for leading the transformation of the supermarket industry in Britain, growing Tesco to the largest chain in the country and disrupting the businesses of its competitors.

By the time Sir Terry Leahy stepped down as Chief Executive of Tesco in 2011, the company had become an international retail phenomenon. Attracting one in every eight pounds spent in Britain, it’s now the UK’s biggest supermarket chain and the third biggest in the world – with 350,000 employees and 2,000 stores.

Charged with cementing the company’s position and expanding overseas, Sir Terry’s time in charge is considered a resounding success by both observers and competitors. He steered the brand into almost everything from phones to personal finance – and built operations in France, Japan, Poland and the US. Aside from diversifying product lines and a ruthless expansion of outlets, the key has been competitive pricing and a pioneering Clubcard loyalty scheme.

Sir Terry characterises customers as the greatest source of innovation for any company, big or small. Drawing from a wealth of presentation themes, he explains why customer information must be hard-wired into the decision-making process, why choice is the most powerful tool to make anything better and why talent must always be encouraged to rise to the top.

He also argues for a small business mentality, the need to stick to core principles and to keep things simple. Above all, Sir Terry reminds delegates that leadership is less about what you do, and much more about what you cause other people to do.