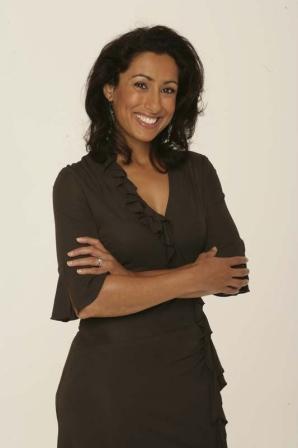 Sales and People Management Expert, TV presenter, Columnist and Author and star of “The Apprentice”

Renowned sales and motivational expert and star of the “The Apprentice” Saira Khan has taken the UK by storm since the end of the smash hit BBC2 TV series produced by Talkback Thames. She is currently recording a BBC 1 daytime series called “Temper your Temper” which will be shown in August 2006, and a CBBC programme, “Beat the Boss” to be aired in May 06. She is a regular Columnist for the second series of “The Apprentice”.    She has also been snapped up by the Daily Mirror where she has been given her own column, “Saira Sorts it”, and has written a self help book titled, “P.U.S.H For Success” published by Vermillion – part of the prestigious Random House stable.

Saira is a regular face on TV and has presented on BBC 1’s “Departure Lounge”, in addition to recording the “Heaven and Earth Show”, “Test the Nation”, “This Week”, “Desi DNA” and “Run For Glory” a BBC 1 primetime documentary about the London Marathon as well as regularly appearing on “BBC Breakfast News”. For BBC 2 Saira has recoreded two features for “The Culture Show” and appearing on “This Week” hosted by Andrew Neil. The ever busy Saira has also just finished recording a series of programmes “Live and Learn” for BBC Interactive as well as filming various pilots for < 1, BBC>and BBC 3.

The print media has also gone wild for Saira who has featured in the Guardian, Daily Mail, Daily Mirror, Sun, The Sunday Telegraph, Financial Times and The Sunday Times. Glossy magazine appearences have been in Grazia, Maria Claire, Asian Woman and Asiana.