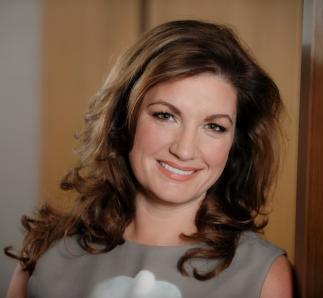 Karren Brady is the Vice-Chairman of West Ham FC,  the Senior Non-Executive Director of the Syco and Arcadia Boards and the Small Business Ambassador for the Conservative Party. In December 2013 she was awarded a CBE for services to women in business and entrepreneurship.

Karren was the youngest Managing Director of a PLC in the UK when she floated her business on the  London stock market in 1997.  She sold that business, Birmingham City FC in 2009 and in 2010 became the Vice Chairman of West Ham FC,  the Premier League club that will be moving to the Olympic Stadium in 2016.

Previously, she spent 7 years serving on both the Boards of Channel 4 television, where she chaired the Remuneration Committee and the  global retailer Mothercare PLC.

She has won many awards for services to business over the years, including being named Business Woman of the Year and most Inspirational Woman of the Year. She has also been presented with the coveted Spirit of Everywoman Award, acknowledging her outstanding achievements in changing the landscape for women in business.  Karren has emerged as a powerful advocate for British business and in September 2013 addressed the Conservative Party Conference and is proud to be the Small Business Ambassador to the Party, travelling up and down the country meeting and engaging with small business owner who are the back bone of the British economy. She serves on the Department for Culture Media & Sport’s WISAB (Women in Sport Advisory Board) to help increase the status, influence and participation of women in the world of Sport.

She is also the Chairman of Mentore, a business whose sole purpose is to use mentoring as a solution for businesses to accelerate the development of female talent in their organisations to increase diversity at board and at senior levels in companies across the UK.

Charity plays a large part in her life and she is the Patron of  The Stroke Association and an Ambassador for WellChild and Teenage Cancer Trust.