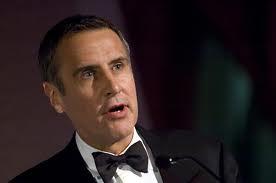 Dermot Murnaghan is one of the best known newscasters in Britain. Having presented BBC Breakfast on BBC1 for five years he is now the face of SKY News

Dermot Murnaghan is one of the best known newscasters in Britain. Having presented BBC Breakfast on BBC1 for five years he is now the face of SKY News, presenting on weekdays from 9am – 1pm. He also fronts Sky’s Sunday morning political programme, Murnaghan.Alongside his news commitments, Dermot presents the ratings success Eggheads, a quiz show for BBC2, which recently recorded its fifteenth series He also presents the spin-off shows Celebrity Eggheads and Are You An Egghead? .

He presented BBC Breakfast for five years from September 2002 to December 2007. During his time there he shared the sofa with Natasha Kaplinsky and Sian Williams.ﾠ While at the BBC he also presented Treasure Hunt for BBC 2 and The State We’re In, a satirical news programme for BBC3.

Prior to this he fronted ITV’s Lunchtime, Nightly and Evening news bulletins for 11 years and was a key part of the presentation team covering the 2001 General Election, reported from war zones and in 1997 Dermot broke the news to the nation about the sudden death of Diana, Princess of Wales.

In 2010 Dermot presented the science show Human Guinea Pig on Bravo, which saw the rugby star Gavin Henson take part in an experiment to withstand an electric current of 250,000 volts.

In 2000, his work at ITN was recognised when Dermot won the prestigious Newscaster of the Year award from the Television & Radio Industries Club (TRIC) – an award given for ‘maintaining a consistent standard above all others’. He also won the 1999 Royal Television Society’s Interviewer of The Year Award for his interview with Peter Mandelson, which resulted in his resignation from the Cabinet.

Dermot is available for a range of corporate work. His charm and professionalism have delighted a whole variety of clients, many of whom invite him back to host year after year. His numerous conference and after-dinner appearances have included engagements for The Police Federation, Eurostar, The Home Office, The Army Families Federation, Orange, European Study Tours, The Foreign and Commonwealth Office, Which?, and Royal Mail.

Dermot was highly charming [as our Conference host] and very well received, as usual. Ever the consummate professional! A delight to work with him again…’ﾝ
CONSTABLES CONFERENCE 2010 (THE POLICE FEDERATION OF ENGLAND AND WALES)

‘What can I say other than, ‘Thank you! We couldn’t have done it without you!’. Of course I am referring to the assistance you gave us in hosting our event on Friday evening. It was a real pleasure working with you and your calm professionalism was greatly appreciated.’ﾝ
BRITISH PARKING ASSOCIATION CIVIL ENFORCEMENT AWARDS

‘Thank you very much for facilitating yet another excellent TalkBack session. The conference delegation and Central Committee appreciate your knowledge on policing issues and your skills in managing the questions during the session. It was a pleasure to work with you again.’ﾝ
POLICE FEDERATION CONSTABLES’ CONFERENCE: TALKBACK