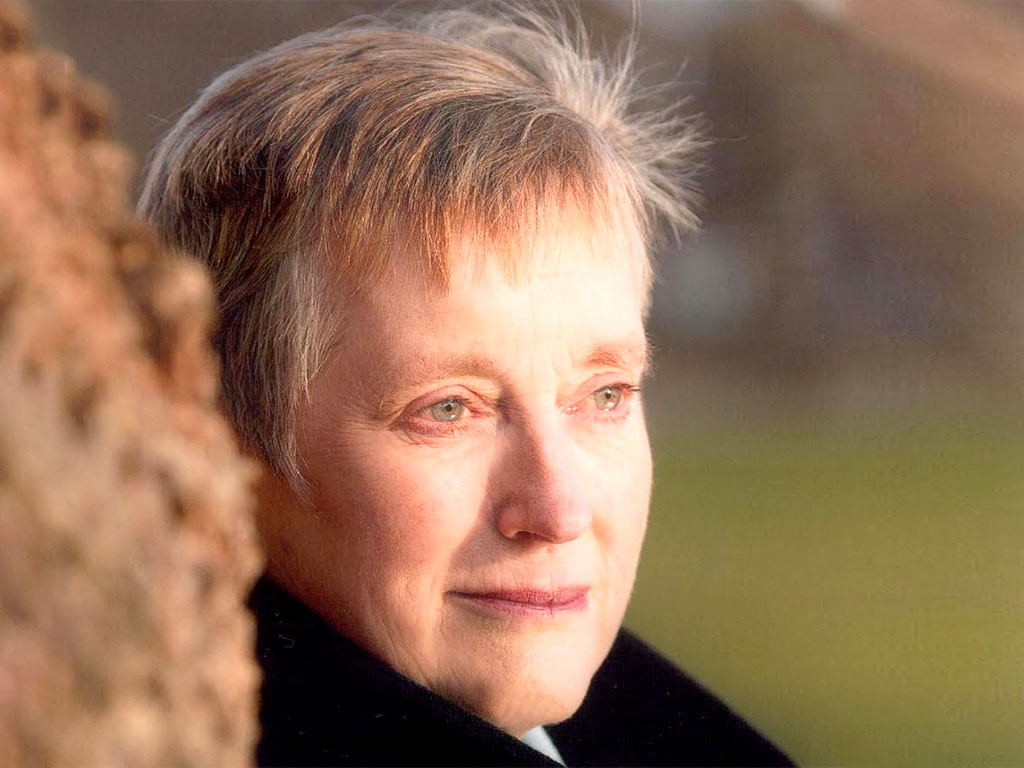 Dame Stella Rimington was formerly Director General of the Security Service (MI5). She is invited to speak at a wide range of events. Her audiences include corporate clients, business professionals, public or private sectors, trades associations and schools. Her straightforward approach and friendly manner are combined with an informed and intelligent view. She tailors her speech and is happy to take questions.

Former Director General of the Security Service (MI5), Dame Stella Rimington was born in 1935 and educated at Nottingham High School for Girls and Edinburgh University. After gaining a postgraduate diploma in the Study of Records and the Administration of Archives at Liverpool University, she worked in the Worcester County Record Office and the India Office Library, London.

In 1965 she accompanied her husband on a posting to the British High Commission in New Delhi.   While in India, she worked part-time for the Security Service, which at that time had an office in New Delhi.  Returning to the UK in 1969, she joined the Security Service as a full-time employee. She worked in all the main fields of the Service’s responsibilities – counter-subversion, counter-espionage and counter-terrorism – becoming successively Director of all three branches. Appointed Director General of MI5 in 1992, Stella Rimington was the first woman to take the post and the first Director General to be publicly named.   She retired in April 1996.

She was made a Dame Commander of the Bath in the 1996 New Year Honours List. She has received honorary degrees from Nottingham and Exeter Universities: Edinburgh University elected her as their Alumna of the Year 1994.

A Non-Executive Director of Marks & Spencer Plc and BG Group Plc, an Associate Director of CPS, she was previously Chairman of the Institute of Cancer Research and Trustee of the Royal Marsden Hospital NHS Trust.  Until 2001, Dame Stella was Honorary Air Commodore of 7006 (VR) Intelligence Squadron Royal Auxiliary Air Force and a Trustee of the RAF Museum.   A Governor of Town Close House Preparatory School in Norwich, she has two daughters and five grandchildren.

Dame Stella is known to billions of people worldwide as the role model for the character “M” played by Dame Judi Dench in the James Bond 007 films.  A best-selling thriller writer, she chaired the Judging Panel for the Booker Prize for Fiction in 2012.

Dame Stella is invited to speak about her life and career at a wide range of events for audiences including major national and international corporate clients, business professionals, the public and private sectors, trades associations and schools. Her straightforward approach and friendly, candid manner are combined with an informed view and intelligent judgement.   She is happy to take questions.

“Dame Stella Rimington spoke at the end of our annual conference to an international audience of 600.  Her speech about her life within the MI5 was compelling and truly fascinating   The audience were completely engaged for the 45 minutes and gave her the biggest applause of the plenary.  All in all, we were delighted, she was excellent!.”  Juniper Networks

“Dame Stella is exceptionally polished, very professional and inspiring. Her insight and knowledge are exceptional and we could have listed to her sharing her experinces all day. Many thanks to Diana Boulter from DBA for arranging for Dame Stella to be our guest speaker”  International Bank, London

“Dame Stella was delightful and the stories of her working life were fascinating, much enjoyed by everyone, including HRH Princess Anne. Delighted to have such an inspiring lady with us.” SIGBI, 2015

“On behalf of White & Case, I would like to thank you so much for a wonderfully entertaining evening. You covered so much – not just your own fascinating career, but also 50 years of political and social history in the UK. The changing role of well-educated women in that period is something you don't appreciate until you hear someone with your perspective. I was very sad I didn't have my16-year-old daughter in the room to hear it from you first hand. There were a mix of senior lawyers and senior clients (from banks and corporates) in the room and we have received fantastic feedback”  White & Case LLP, London

“Dame Stella’s talk was fascinating and hugely entertaining. Could have listed to her for hours. It was the most interesting talk I have been to. Thanks for inviting me.” White & Case LLP, London

“It is always very inspiring to feel the energy of people who try to change things in our world for better!” White & Case LLP, London

“Dame Stella was absolutely excellent – our audience were spellbound. She was an excellent choice and we would highly recommend her. Excellent support from DBA Speakers, going the extra mile”  Optimum Events for iTelligence Business Solutions

“Dame Stella was superb. Excellent feedback. Delegates thought she was excellent. An absolute pleasure to have her at our event”. Microsoft

“This year’s Conference was attended by 900 professionals over three days and your contribution was a significant factor in the very positive feedback we have received from them. Your talk on the events which happened during your career in MI5 and thoughts on the current geopolitical situation provided a fascinating end to the event.” National Association of Pension Funds

“Dame Stella commanded respect and it was clear that our guests enjoyed listening to someone who “been there, seen it, and got the proverbial T-shirt”. She sparked interesting questions and was as relevant today as when she left MI5”. Coventry Building Society

“We were absolutely delighted with Dame Stella’s talk. It was delivered with great humour and style and we have had excellent feedback from those present. The number of people who came was more than in previous years and last night was – in every respect – the best fundraising event we have had so far.” Downham Market Lecture Society

“We wanted to thank you for your invaluable contribution to the success of Security World. The reaction to your speech was universally positive, as was the response from all our luncheon guests. The fact that we received feedback from almost 100% of the delegates speaks for itself and demonstrates the interest you generated. This is an annual event and our marketing team already anticipate that it will be a struggle to find a speaker next year whose content and delivery will be as well received.”  Integralis UK

“Feedback from delegates tells us that the theme, content and delivery of your speech will support them in the challenges they face, and that the power of strong and purposeful leadership will continue to be a focus for us. They were riveted by your reflections, recounted with humour and wisdom, and the common sense of a woman who ensured that the “other ranks” were not beyond her reach, paving the way for others to seek and relish their own opportunities. We are very grateful for the way in which you embraced our Conference theme and you contributed magnificently to the gaiety of nations!” Headteachers Conference

“I was very impressed with Dame Stella's speech – it was well delivered, well argued and stimulating”. Ernst & Young
“I thought Dame Stella answered questions unexpectedly openly and straightforwardly, given a career in an institution which reminds each employee every day not to assume things are ever as they might appear to be”. Ernst & Young

“I write to express my thanks and gratitude to you for delivering an excellent inspirational speech at our Conference last week. Feedback from the delegates shows that it was one of the highlights of the two-day conference with comments such as “entertaining”, “fascinating”, “extremely enjoyable” and “highlight of the conference for me”. Please accept our thanks for your contribution to our very successful Staff Conference”.  The Rent Service

“Diana, please pass on our sincere thanks to Dame Stella. We asked all delegates to complete a feedback sheet to rate the event. Dame Stella was rated as Excellent by over 97% of the delegates – the other 3% rated her as Good. This is the highest-ever rating for a speaker, not just in the UK, but all over the world, which is amazing. My biggest problem now is what to do next year ….” Telelogic