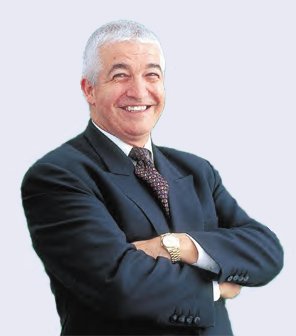 A born achiever, Allan Pease has a fresh approach to selling, training and motivating.

Allan Pease has been known internationally as ‘Mr Body Language’since his book on the subject became a multi-million seller and a communication bible for companies worldwide.A born achiever, he began his career at age 10 selling rubber sponges door to door and was an award winning direct salesman as a teenager. By 21, he was the youngest person ever to sell over $1,000,000 of life insurance in his first year.

For over three decades, he has taught others how to succeed and he teaches skills and techniques in a humorous way that participants never forget. Australian by birth, Allan has offices in Australia and the UK, and divides his time between the two hemispheres fulfilling business commitments in over 30 countries. His keynote addresses, books, video programmes, TV shows and advice on image are hugely popular with business executives (even Heads of State, rock stars. TV presenters and Royalty have benefited from his expertise).

Allan is the author of six best-selling books, some translated into 36 languages, and he has made countless radio and television appearances.