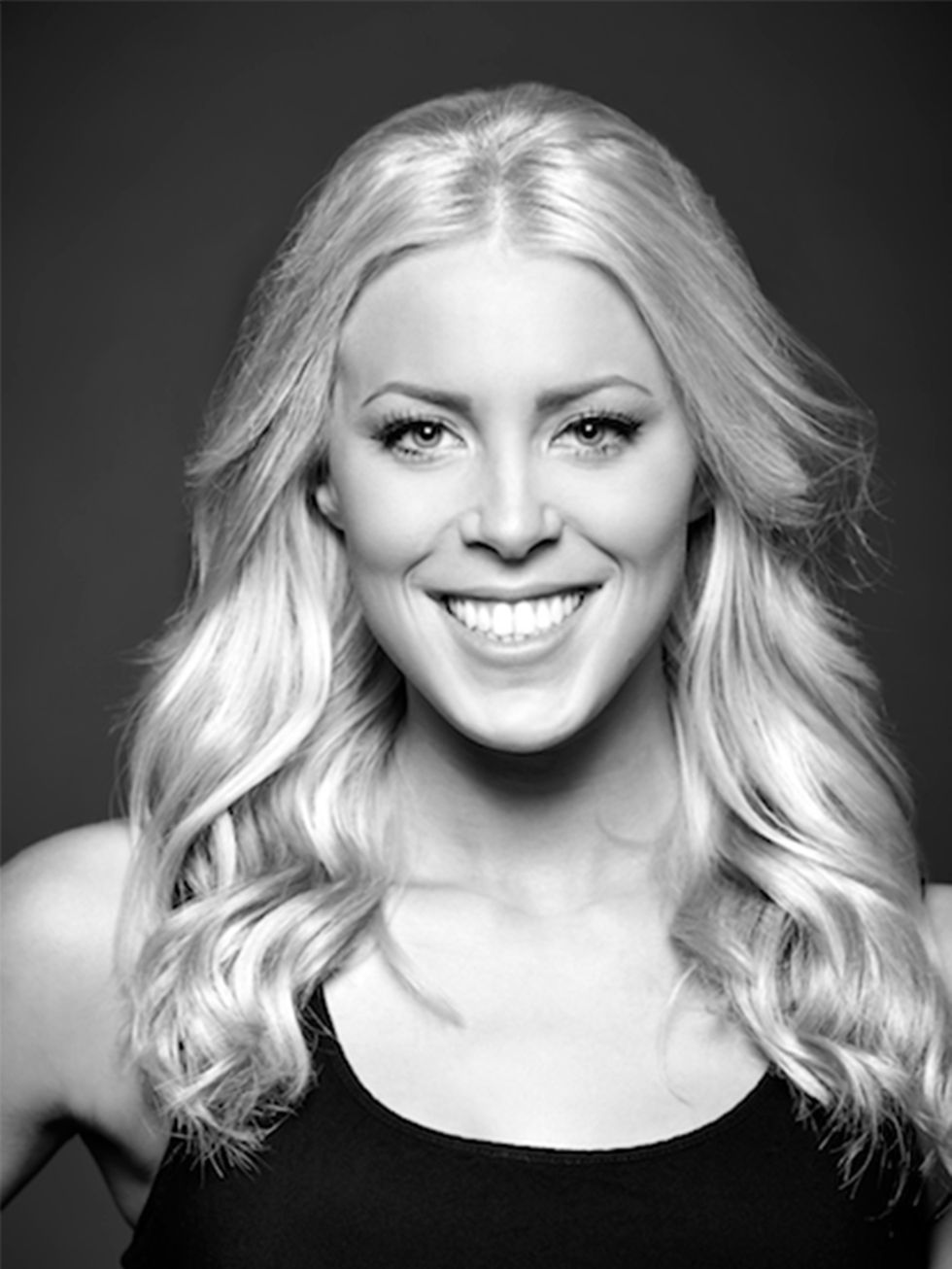 Multi-award-winning entrepreneur, Zoe Jackson MBE, set up the Living the Dream Performing Arts Company at the age of 16 in 2006 to inspire young people and to subsidise her own performing arts education. Over the last nine years, Living the Dream has grown to include a school of performing arts, a professional dance company, a talent agency and a charity, the Dream Foundation.
Zoe is passionate about championing young talent, creating access to the arts, entertaining audiences and inspiring young people to live their dreams. Through the arts and enterprise, she campaigns to raise awareness and support for the challenges facing young people. Zoe’s strength as a leader and an inspiring role model is in her passion for engaging and empowering young people.

In June 2015, Zoe was honoured in the Queen’s Birthday Honours List with an award of the Member of the Most Excellent Order of the British Empire for services to young entrepreneurs and the performing arts. This year Zoe also received the first ‘Queen’s Young Leaders Award’ recognising 60 young people across the Commonwealth who are making a difference in their communities.

Zoe has received numerous other awards including the Women of the Future in the Arts, Media and Culture award with Shell, was listed in Elle Magazine’s “Top 100 Inspiring Women” alongside Michelle Obama and Beyoncé and she recently won the Creative Industries Entrepreneur of the Year with the Great British Entrepreneurs.

Sir Richard Branson has given Zoe his support and endorsement after she was selected to share a platform with him to speak on behalf of young entrepreneurs in the UK. She worked with him and Virgin to campaign for the Government’s Start Up Loans scheme and was instrumental in influencing Government policy, persuading David Cameron to launch the scheme. She is an ambassador for Virgin Media Pioneers and Virgin Start Up to inspire young entrepreneurs.

Zoe is regularly asked to speak on television and radio about young people, entrepreneurs and education.

“Zoe is energetic, determined and passionate, a true inspiration!  94% of students thought Zoe’s performance was “excellent” and 6% thought she was “very good”.  This is a fantastic score.  Well done to Zoe and best wishes to her for the future”  Havant Borough Council

“Zoe is an example of a truly successful female entrepreneur to whom I to give my full support and endorsement. Zoe, like me, started her business age 16 and has impressed me with her commitment to doing good and making a difference, whilst building Living the Dream. Her contribution to young entrepreneurs has been outstanding. Zoe became involved with my Control Shift campaign and helped enormously in persuading the Government to launch the Start Up Loans scheme. I am proud she acts as an ambassador for Virgin Media Pioneers to inspire young entrepreneurs and she recently helped me to launch Virgin Start Up. I have been impressed by her professionalism and her vision for the future of young people. We need more to see more young people like Zoe becoming successful entrepreneurs.” Sir Richard Branson, Virgin

“One of Britain’s brightest young business brains.” The Independent on Sunday

“In Britain, Jackson has become a poster girl for female entrepreneurship” – The Sunday Times Magazine

“Having set up Living the Dream at 16 with only a few hundred pounds from friends and family, Zoe is a fine example of what truly can be achieved through enterprise. Her passion for business, ability to communicate her ambition and the performance of her business are all a testament to how a young person can really take their future into their own hands.” James Caan, former Dragon, Founder/CEO of Hamilton Bradshaw

“As a former Education Minister I believe that this company has demonstrated more than any I have seen the capacity of young people to demonstrate talent, business acumen and showcase their abilities to a wide audience. Zoe is one of the most talented and level headed young people I have ever known. She has good business strengths, is hardworking and most importantly has a vision for young people that is first class. The production is entirely by young people, for young people, and is a professional product of the highest quality.” T Living the Dream

“Zoe is enthusiastic, ambitious and innovative. Her business and attitude impressed me when I first met her and I felt confident approaching her to work more with Virgin Media and also in supporting her own business ideas within the organisation. Zoe has proved herself to be very reliable and capable and she is a pleasure to work with.”  Virgin Media

“One of eight of Britain’s most inspirational young women….Zoe Jackson, who scooped the Women of the Future award in Arts, Media and Culture. Jackson created her own youth-led performing arts company when she was just 16 to inspire other young people, and was predicted by the judges to be ”pivotal in the performing arts industry. One to watch.” Real Business.

“Zoe spent three years with us, so it’s easy to feel proud about her achievements, but, more than that, the positive values that her Foundation are promoting. Everyone talks about talent. Zoe and the people, who surround her, exemplify and stress a deeper reality: the amount of sweat and perseverance that goes into being good at what you do. As Edison put it over a hundred years ago, it’s one per cent inspiration, ninety-nine per cent perspiration. As far as the performing arts go, never a more apt set of words.” The Liverpool Institute for Performing Arts

“Vodafone has involved Living the Dream in an on-going leadership development programme with our senior leaders. Zoe Jackson designed a key part of the programme to include Living the Dream performing and entertaining the participants and delivering a practical street dance session, teaching all participants a dance routine. The sessions culminate in Zoe Jackson telling the inspirational background story of how she established Living the Dream at the age of sixteen. The aim of this has been for the participants to widen aspirations and entrepreneurial thinking. Zoe and Living the Dream are a pleasure to work with, they are extremely professional and fun, and the workshop leaders are vibrant and energetic. The sessions have made a significant impact on all of our participants, who have responded extremely positively about their experience.” Vodafone

“Zoe came to visit the Peter Jones Enterprise Academy students as a guest speaker. She shared her experiences about how she set up Living the Dream, her ups and downs and how she is moving the company forward. She was an inspiration to our students, her hard work and determination shone through her honest and heart-warming story. Zoe’s passion to succeed and make a difference is her star quality and she is a true self-made entrepreneur. It was a pleasure to meet Zoe and I look forward to working with her again and hopefully having her back to inspire more students.” Peter Jones Enterprise Academy, Solihull.

“Zoe Jackson comes across with her vibrant personality, entrepreneurial spirit and determination to succeed. Zoe has a strong commitment to inspiring and developing young people. She is a tremendous role model and a highly engaging motivational speaker. She gave an extremely well received speech to parents and students at our Sixth Form presentation evening this year. If you have the opportunity to have Zoe speak to any group of young people about her experiences and the attributes needed to be successful in life, I would strongly recommend you take it.” Head of Sixth Form, Beaumont School.