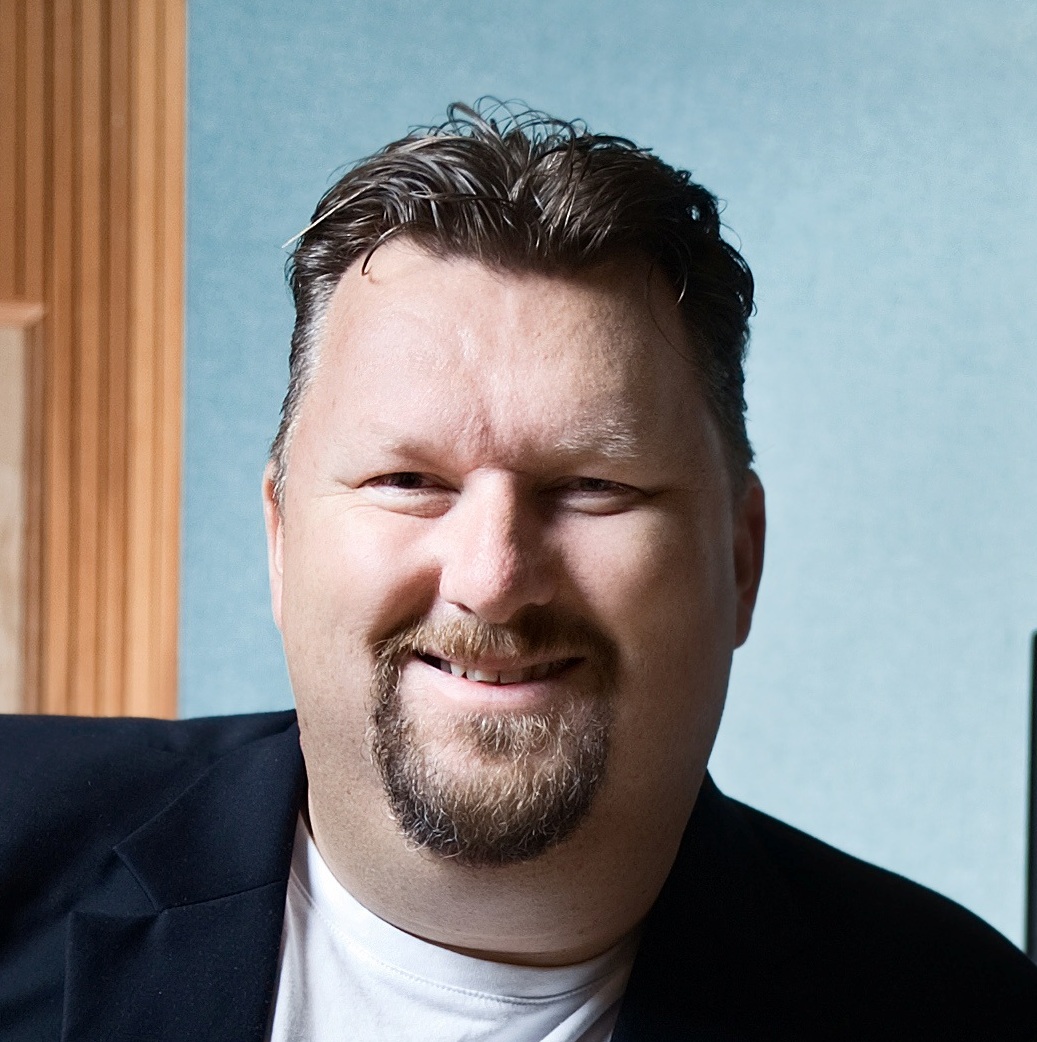 Eliot is a renowned music producer who has produced hit records for Take That, Bryan Adams and The Spice Girls.

Following your dreams | Setting goals and working towards them | Talent Development

Eliot honed his skills as a self taught musician and singer with various bands in his home town of Sheffield, in Yorkshire.

His debut hit as producer was with Lulu in 1993 with ‘Independence’ and his first No 1 was a year later with Take That’s ‘Everything changes’, which Eliot wrote and produced with Gary Barlow. By the time he achieved global success with the Spice Girls single ‘Say you’ll be there’ in 1996 has was already established as one of the UK’s top young writer/producers. Eliot has since had major success with Blue, Celine Dion, Bryan Adams, S Club 7, Five, Billie Piper and many others.

In 1998, Eliot won an Ivor Novello for the hit single ‘Picture of you’ by Boyzone featured in the Mr Bean movie. Other film successes include the Grammy winning ‘Never gonna break my faith’, performed by the legendary Aretha Franklin and Mary J Blige for the movie Bobby; ‘Never let go’, performed by long time co-writer Bryan Adams for the movie The Guardian; further collaborations with Bryan Adams and Hans Zimmer for the Dreamworks film Spirit; and ‘Miracles happen’, which featured in the Disney movie The Princess Diaries and its sequel.

Eliot co-founded The True North Music Company, a production and publishing business with his friend Gary Barlow. They have enjoyed success with Delta Goodrem, Lara Fabian, Blue and Charlotte Church.

Eliot has now moved back to his native Sheffield and built a new recording facility (Steelworks Studios and The Foundry @ The Steelworks) and formed a new production company: Steelworks Productions. Eliot has also founded the ‘One Song Foundation – changing the world one song at a time’ to help people in need through the power of music by releasing records and putting on events to raise funds.

Over the last few years Eliot had been living and working in Hong Kong whilst developing the international girl band ‘BLUSH’ where he produced the accompanying TV format show ‘Project Lotus’. The project allowed Eliot to visit 5 Asian countries and hold auditions for the girl band. He chose 5 girls from 5 different countries then ran an academy in Hong Kong, where the girls were put through their paces with vocal coaches and choreographers. The result was the girl Band ‘BLUSH’ who had their first USA national TV performance on ‘So You Think You Can Dance’ performing their debut single featuring Snoop Dogg. The band have now gone on to have a Billboard Dance chart No:1 Single.

Eliot is also in the process of creating his own artist development Academy. to be based in his studio facility in Sheffield, UK, giving students a 3 month course in everything they need to have a career in the music industry.

An interview with Eliot Kennedy

1    What age were you when you knew music was going to be a huge part of your life?
I grew up in Sydney, Australia, my parents emigrated when I was 4 years old.  I remember clearly I was 8 years old when my father and sister were singers, they appeared on talent shows.  I knew then that I didn’t want to become a performer, but my father quickly realised I had a natural ability to pick up a keyboard and play a tune so he took me to piano lessons.  Music came naturally; I would hear songs and then be able to pull a melody out.  I realised that I wanted to listen to music for a living, and of course this naturally meant that I should become a producer.  Listening skills are an inherent quality in all producers.  I find that, generally in life, friends come to me with their problems, because they know I can really listen to them.

2.    Who inspired you?
It’s simple, my Father inspired me, he was a singer and a performer.  My passion for music and inspiration came from him.

3.    Have you had a mentor?
Throughout different periods in my life, I’ve had mentors but the real kinship and a type of mentoring comes from my close friends Bryan Adams and Gary Barlow.  Gary and I are very similar and we work together so well.  I’ve worked with Bryan for over 15 years, he is a truly generous human being.   Martin Barter was my manager for 18 years, he has unlocked the doors to the world, he is a brilliant man and a wonderful manager

4.    Do you see yourself as an entrepreneur?
Yes I do, it’s not common for a producer to have that attitude, however I am constantly looking for new ideas.  I’m involved in developing new artists with an Academy I created called the Eliot Kennedy Steelworks Academy, I am artist development producer for the X-Factor and currently I’m developing a social media App.

5.    Did you go to University?
No I didn’t, although I was recently awarded a doctorate from Sheffield University.

6.    What advice would you give to someone starting their own business while at College or University?
This very much depends on the field, but my advice is to do the degree to learn your craft.  Everything is competitive and there are a lot of talented people out there that don’t succeed so it comes down to an absolute unwavering belief in what you are doing.  The only thing that gets you through is that belief.  It’s a question of narrowing your options -a laser light focus is essential together with a real belief in yourself and confidence in how to convey yourself.

7.    What has been the most exciting project you have worked on?
The Spice Girls.  They lived in my house whilst the project was going on.  We were young and we had lots of fun.  When they became a worldwide phenomenon we were on top of a massive wave.  Winning a grammy was incredible and walking the red carpet at the global globe awards, then winning the Ivor Novello for the hit single ‘Picture of you’.  It just gets better and better.

8.    What project has made you most proud?
I am incredibly proud of the Jubilee project, it was really difficult, but it evolved from such a simple idea.  Gary Barlow and I were talking about doing a song for The Queen and I proposed the idea of going round the world to record a song.  The whole project came together in a week or so.  It was really made possible by the fact that I had worked on a BBC documentary about a famous Yorkshire song called ‘On Ilkley Moor Bah’t ‘at’ which has been forgotten and not taught to children so Welcome To Yorkshire (the Yorkshire tourist board) asked me to revive it, which I have done featuring several famous Yorkshire celebs. In the process of this project I bought a little digital device to record it on.  It was this same device that enabled us to record ‘The Sing’, we took it around the world to record the clips, it worked perfectly.

9.    Who do you most admire and why?
It has to Martin Luther King, he was just a regular guy with an extraordinary quest for peace, he came up with this attitude and ethos; He had prepared a speech to address the biggest NCAA rally, but that morning he awoke at 5am and  wrote the ‘I have A Dream’ speech,, it just came to him on that day, in a stream of consciousness.  I can really relate to this, a speech or words or a song that change the world.  There is so much inspiration to be taken from someone like him.

10.    If you weren’t a musician what do you think you would be doing?
I would be a physics teacher or lecturer; I am passionate about quantum physics.  I’m starting to grasp the complexities of this and read book after book and then I get to the end of the book and read that it’s just ‘a theory’.    I’ve started to read the bible; it helps me to understand people and my place in it all.

11.    What are your plans for the future?
After being in the music industry for 20 years I’ve gathered a lot of wisdom and practically developing artists is what I should be doing.  The academy is going to be a huge focus in 2013.  It’s wonderful to be able to help people develop and of course I’ll always find time to write new songs.

Eliot is currently writing a book about the link between emotions and music , the soundtracks of people’s lives.  The book is called “Our Song”.  Look out for this on the shelves next year.