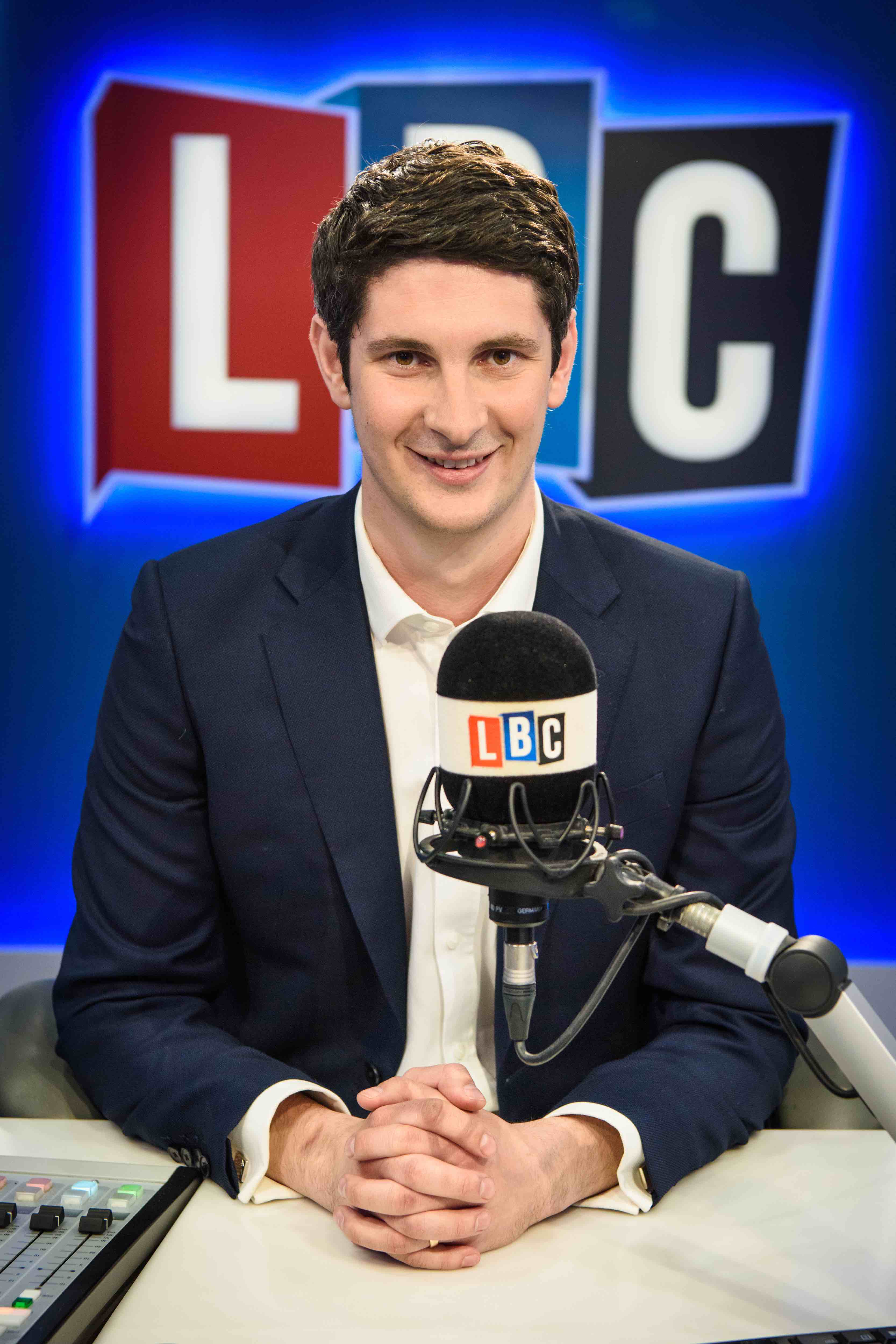 Tom left Downing Street to return to a career in broadcasting in March 2018 and can be seen regularly as a commentator on Sky and CNN as well as his own LBC show.

Tom Swarbrick is the presenter of weekend Breakfast on LBC.

After completing his Theology degree at Cambridge, Tom joined the BBC as a local radio reporter. From answering phones and making cups of coffee, Tom was nominated for a Sony Radio Academy Award before then joining LBC as a junior reporter in 2012. He was sent around the world covering terror attacks, the migration crisis, Trump’s campaign and the 2015 General Election. For his work as a reporter, Tom saw off household names from the BBC to be named both the National Radio Journalist of the Year and the International Reporter of the Year. In 2015 he became the station’s Chief Correspondent and the youngest ever presenter of a national talk radio show.

In 2016, he was hired by Downing Street as an adviser to Prime Minister May. At the heart of government during one of the more turbulent periods in British political history, Swarbrick was by the Prime Minister’s side as Trump was elected President, the triggering of Article 50, the ill-fated General Election campaign and the securing of “sufficient progress” in the Brexit negotiations. As Head of Broadcast, Tom was part of a team that briefed the Prime Minister before every major interview and worked with the PM and the Director of Communications on the Government’s communications strategy.

Tom left Downing Street to return to a career in broadcasting in March 2018 and can be seen regularly as a commentator on Sky and CNN as well as his own LBC show.

“The dark corridors of power miss Tom Swarbrick. He brightened them up”.  Gavin Barwell, Chief of Staff to the Prime Minister