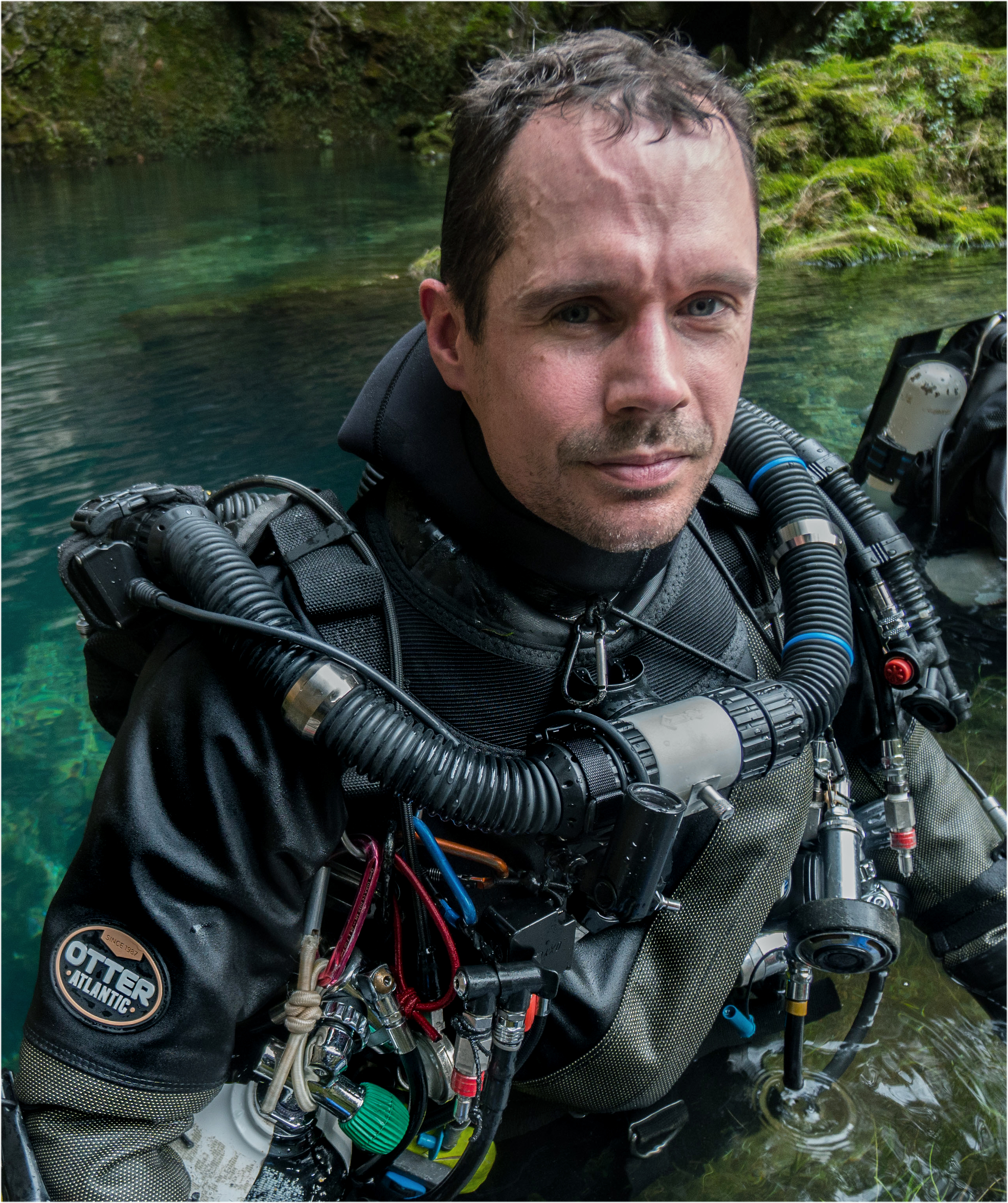 Chris is one of the British cave divers who was involved in the dramatic rescue of 12 boys and their football coach from a flooded cave in Thailand in the summer of 2018, where the only exit was over 2km away. Chris’ story and take home messages resonates with both business audiences and educational establishments.

Chris Jewell is an exploratory caver and cave diver who explores new cave passages in the UK and abroad. As a member of the British Cave Rescue Council he was one of the British cave divers who played a leading role in the 2018 Tham Luang Thailand cave rescue.

The nature of cave diving exploration means continually adapting to meet whatever challenges you come across. Over the last 12 years, Chris Jewell’s exploration has had him squeezing through tiny muddy underwater holes in Somerset, digging underwater in the Yorkshire Dales and leading cave diving expeditions to Spain and Mexico where his team established the Huautla cave system as the deepest in the Western hemisphere.

The experience and knowledge gained through these expeditions led to his involvement in the dramatic rescue of 12 boys and their football coach from a flooded cave in Thailand, where the only exit was over 2km away.  The rescue was a risky and strategic challenge which involved liaising with the US military and Thai police.  Thrust into the world’s media, Chris and the team needed to work quickly when the mission became a race against time ahead of impending monsoon rains.

Prior to the events of June 2018 Chris has featured frequently as a speaker at caving, diving and outdoor and adventure conferences. Now the spotlight is on cave diving, he has the opportunity to tell his story together with other tales of exploration, adventure and managing risk to a wider audience, through the prism of one of the most dramatic volunteer rescue operations the world has ever seen.  Together with his fellow cave divers, Chris is due to take part in a TV documentary and feature film.

Chris, who was presented with the Queen’s gallantry medal in October 2019, described the rescue as a “huge step up in difficulty, complexity and risk” and that he was “very honoured” the team’s work had been recognised.

“It was such an honour to hear the extraordinary account of how a group of school children were rescued from certain death after becoming stranded deep underground in Thailand Chiang Rai province. An incredible story of teamwork from a diverse group of nationalities , who were able to work together to pull off this amazing feat. Chris is an excellent speaker and his visuals enabled us to appreciate the sheer scale of difficulty the team faced. We have been lucky to listen to many speakers over the years and Chris is definitely in my top five” HFMA

“Very many thanks indeed for your really excellent presentation yesterday. Glowing reports are even now rolling in with a lot of folk who come to our event every year saying it’s the best evening and the best speakers we’ve had for ages” Ranulph Fiennes

“Thank you again for sharing your story of the truly amazing Tham Luang rescue. I think I speak for everyone at the event to say that it inspiring” CFO The Access Group

“This was without doubt the most incredible talk on diving we have ever been too. Well done to the TekCamp 2018 team for arranging it, and a huge thank you to John and Chris for their honest talk about an event that gripped the world for nearly 3 weeks. To get such a detailed insight into this rescue was amazing. The bravery shown by these two divers and all those that took part in this rescue is admirable and the fact that they were so humble in describing events made them seem even more like modern day super heroes that they clearly are”  Scubaverse.com

“Thanks very much, that was a great talk – difficult with an audience that ranged from those who know a lot about both cave diving and the cave to those who don’t have a clue about either. You managed the juggling act very well” Wilderness Lectures

“John and Chris kept the audience on the edge of their seat as they recounted the difficult decisions they were forced to make and how easily it could have all gone so horribly wrong. Laced with typical British humour, the talk ended with a standing ovation from the entire audience! We salute you John, Chris and all the members of the rescue team” TekCamp 2018

“Your talk was wonderful. You clearly have multiple talents! To organise such a major operation must have been a huge challenge in itself. The diving and underground navigation must have required enormous skill. Your delivery on stage was superb”  Transglobe Expedition Trust