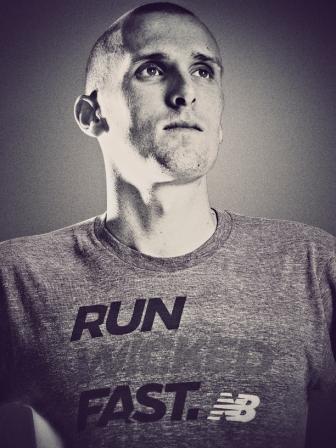 Andy is a two-time Olympian, an Olympic, World, Commonwealth and European finalist and was been Britain’s number one 1500m runner for 10 years.

Andy Baddeley is a two-time Olympian, an Olympic, World, Commonwealth and European finalist and was been Britain’s number one 1500m runner for 10 years.Following his graduation from Cambridge University where he achieved a double first with distinction in Aerospace Engineering, Andy moved to London to pursue an athletics career. He taught undergraduate engineering at Cambridge and lectured biomechanics at St Mary’s University College whilst training and racing.

A full-time athlete, Andy was the fastest miler in the world in 2008, is winner of the illustrious Dream Mile and has competed in 15 major championships. He also has his own running shoe ‘ the New Balance 890 ‘Baddeley’, which has sold over a million pairs worldwide.

In 2015, Andy revealed through the charity MIND that he had suffered from Depression and shared his experiences, darkest moments and how he eventually worked through them. Now fully recovered he is enjoying family life again and has recently had his second child.

Andy is also an accomplished public speaker, with his educational background coupled with his experiences of Depression and being a part of Our Greatest Team, he is in a unique position to provide thoughtful insight to a range of audiences.

“As part of the Morgans Primary School's celebrations of the London Olympics, we were delighted to receive a visit from Olympian, Andy Baddeley. Andy talked to the children about how he first became inspired to take up running as a youngster and his journey towards his goal of Olympic glory at London 2012. He spoke with a real enthusiasm about his chosen sport and communicated his passion and dedication to athletics very effectively to the children, who listened with interest and intent. Andy answered many of their questions, ranging from what had been his greatest athletics moment in his career so far (running in the Bird's Nest stadium at the Beijing Games) to what would he be doing if he wasn't an athlete (designing F1 racing cars!).ﾠ Andy met with some children after the main presentation and signed posters and chatted more informally. The children were very inspired by his visit and it was the talk of the school for some days afterwards. Andy is an excellent and inspirational role model for children and young people and I would recommend him to you.”
Headteacher, Morgans Primary School