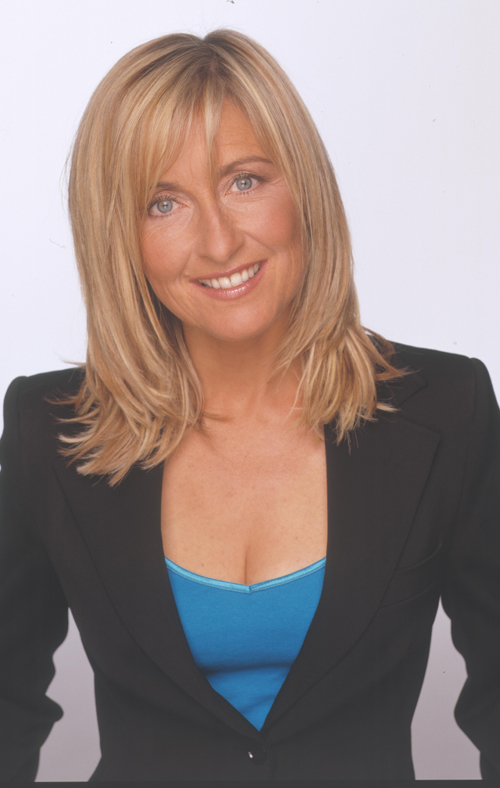 Bright and bubbly Fiona Phillips was one of the main anchors on GMTV’s early morning programme and has covered some of the biggest stories, interviewed some of the hottest names in film such as Brad Pitt, Mel Gibson, Leonardo DiCaprio and Clint Eastwood.

Born in Canterbury and educated in Southampton, Fiona graduated from the University of Birmingham with a B.A. (Hons) in English. She gained a Post Graduate Certificate in radio journalism, before starting her career in independent radio working for local stations County Sound, Hereward Radio and Radio Mercury. Fiona made her move from radio to television several years later, joining BBC’s South and East Weekend Programme as co-presenter. She then took a job as a reporter with Sky News, later moving on to become the station’s entertainment’s editor, producing, reporting and presenting Sky News’ entertainment output.She joined GMTV at the beginning of 1993 as entertainment correspondent and was promoted to GMTV/Reuters Television’s LA correspondent in December 1993. For over two years Fiona provided daily/weekly reports and covered a number of big news stories including the Michael Jackson alleged child molestation case, the LA earthquake, the OJ Simpson trial and the Oscars. She also interviewed some of the screen’s hottest names from Leonardo di Caprio and Clint Eastwood, to Brad Pitt and Mel Gibson. At the end of 2008, Fiona left GMTV after 15 years to spend more time with her family.In l996 Fiona was nominated for the RTS Interview of the Year Award.Fiona has presented the celebrity lifestyle show, ‘OK! TV’, plus Carlton’s entertainment guide ‘Good Stuff’, LWT`s Friday evening entertainment show ‘Start the Weekend’, ITV’s ‘Sunday Night’ and the ‘Rich and Famous’ series. She currently writes a weekly column for ‘The Mirror’ and a monthly column for ‘Baby and You’ magazine.She is involved in numerous charity organisations and is patron of the Cancer Research Campaign, Stroke Association, Parkinson’s Disease, The Children’s Society and PDSA.Fiona is married to GMTV’s Editor, Martin Frizell. They have two sons, Nathanial, born on May 28th 1999 and Mackenzie, born on May 14th 2002.

Thank you for your very entertaining and honest speach.   The feedback has been great including 'it is so nice to see a normal celebrity'.   We hope to cross paths again in the future.   Business Link