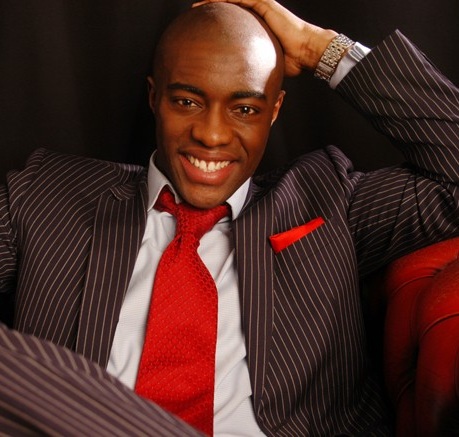 The Apprentice Winner, awarded an MBE in 2012, has now left Amstrad to start his own male grooming business and The Bright Ideas Trust. He says that Sir Alan had been “inspirational” and taught him “how to take risks’ and, more importantly, ‘he has built my self-confidence and taught me practical skills that have helped me to look at new challenges.”

Tim Campbell, who was awarded the MBE for Enterprise Culture in the 2012 New Year’s Honours List, is a speaker who is passionate about the power of business.  Whether it be creating wealth and employment or changing the world, Tim believes that business is the catalyst of modern change.  As the founder of the highly successful Bright Ideas Trust enterprise charity, owner of his own small business and co-author of one of Amazon’s Top 10 business books for 2010, ‘What’s Your Bright Idea?’ Tim has been privileged to speak to many audiences about this and other topical subjects.

With his humble roots, passion for inspiring the next generation and charismatic style Tim is now a much in-demand speaker having  had the privilege of working with the likes of BT, Lloyds Banking Group, Everything Everywhere (T-Mobile & Orange), Oxford Said Business School, Ernst & Young, Deutsche Bank, Accenture, IoD, NHS and Barclays to name a few.

Tim’s roles as London’s Ambassador for Training and Enterprise (appointed by the Mayor of London Boris Johnson) and the UK Government Secretary of State’s Enterprise Advisor (appointed by Rt Hon Vince Cable MP), in addition to his experience of working in the public and private sector, allow him to connect, inspire and motivate audiences across the country focusing on a number of subjects, including:

Tim’s regular media appearances on television and radio (including BBC Question Time  and Radio 4 Today) coupled with his humorous and insightful delivery make him a welcome addition to any event, conference or after dinner occasion.

“Tim was upbeat, engaging and insightful.  His style was relaxed but what he said packed a punch. An energetic presentation which in turn energised the room and created a buzz. Great rapport with the audience. ..We wanted the audience to be inspired and rejuvenated ready to take on the rest of the day. He gave a fresh perspective of how we might work and make our industry work better for the clients it serves. ..Tim was just what the conference needed.  He woke everyone up and got them working together. He certainly broke the ice and got the room up on their feet.  I believe the session after Tim’s was all the better for the energy that he left everyone with.” Carley Consult

“I'm just sending a note to say a special thank you to Tim for his involvement in our event yesterday. We've had some fantastic feedback from the young people and teachers who found his talk really engaging and motivating. It was a great way to finish the day and the young people left full of energy and enthusiasm.”

“Just wanted to say a big ‘thank you’ for making our Awards evening such a resounding success.   The feedback has been excellent, with everyone saying that you were not only inspirational but nice with it!   Looking forward to working with you in the future.”