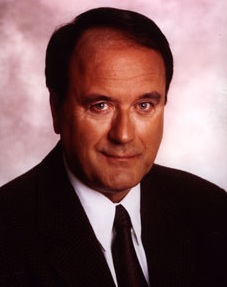 Dr James Bellini has an impressive track record as a forecaster on social, political and economic matters and he is in demand as a speaker all over the world. A thought-provoking academic with experience in the worlds of advertising, corporate communications and television, James has been as a member of various prestigious ‘think-tanks’. He is a successful author, and a respected voice on TV programmes such as Tonight and Panorama.

James Bellini has a long and distinguished track record as an analyst, writer, speaker and conference chairman. He specialises in future issues affecting business and management with a strong emphasis on retailing, financial services, information technology, brand values and corporate reputation. Recent engagements have taken him all over the world, including: South Africa, Argentina, Australia, Colombia,Uruguay, New Zealand, as well as every major European country. Dr Bellini has an MA in Law and History (Cambridge) and a PhD (London School of Economics) and he has written or co-authored a range of respected books and special reports. He is currently completing major research on business issues in the 21st Century.After an early academic career in defence and military strategy, teaching at several British universities, Dr Bellini was invited to join the Hudson Institute – the renowned US-headquarters ‘think tank’ – as their first British member. He subsequently became Head of Political Studies at the Institute’s European division in Paris. Since 1975 he has been a regular broadcaster on British television and radio presenting The Money Programme for three years before moving onto Tonight and Panorama.During the 1980’s he worked for central TV – now part of Carlton Television – before joining the leading UK advertising agency, Collett, Dickson & Pearce, later becoming chairman of CDP’s group of corporate communications companies. He returned to full-time television with the start of the satellite revolution, spending three years as Editor and presenter of Financial Times Television. In 1993 he joined Sky News as presenter of news, business and special programmes. He is Chairman of Media Counsellors, a London-based Consultancy working in corporate reputation and crisis management.James Bellini offers expertise as a speaker on areas such as: Corporate Reputation Management; World Economic Patterns; Business Strategy for Future Growth; Europe- Present and Future Trends; Corporate Identity; Financial Markets; The Future: Social, Technological and Economic Trends; IT and the Management Challenge in the 21st Century; Electronic Commerce, and Retail issues for the 21st Century. James Bellini is a distinguished speaker on issues that have impact on decision-making in both business and government.

An excellent speech would welcome James back – Churchill Insurance