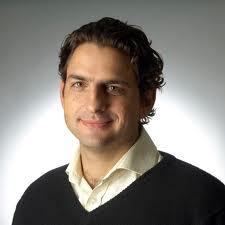 A young entrepreneur, who produced his first publication from a bedroom, Darius Norell has a great business story. An acclaimed publisher, Darius’ departure into the world of public speaking has been greeted with great enthusiasm. His story is one of drive, initiative, self-belief and motivation. The highly successful magazine, ‘Real World’ with a readership of 100 thousand students across the nation is proof of that. And his business knowledge is respected because it was born out of experience and not a book.

At 26, Darius Norell risked everything to start a business in an industry he knew nothing about. He founded Cherry Publishing in March 1999, and launched his first magazine, ‘Real World’, to massive critical acclaim the following October.

Designed to give finalists the inside track on the graduate job market, ‘Real World’ is already considered an essential read by the recruitment industry. It reaches and informs 100,000 students nation-wide and still remains an important product in a varied portfolio. Now that the magazine has staved off hefty competition, and has advertising from blue chip companies and a rising ABC audit certification (given only to magazines with a proven readership), Darius is prepared to admit his early marketing to potential readers and advertisers was pure sales flannel.

Obviously, he did not want to point out that the first issue was being produced from his bedroom with the goodwill of writers and scant financial support. He had to present the image of suave, confident executive even if he knew he was stretching the truth to the limit. His personal drive and belief in the product, however, kept him going – even during the early days when he had to drive a van delivering bundles of magazines to universities thorough the UK. He was passionate about the product and still is, now that ‘Real World’ is a highly prized magazine envied by rivals and edited and written by top ‘Fleet Street’ journalists.

Business groups addressed by entrepreneur, Darius Norell, really like his maverick and fresh approach to business. They appreciate his youthful perspective and his tales of early struggle and hopes for the future. They also appreciate the lessons he has to give about leadership, motivation and business acumen. They do not come out of a book: they are born from experience. "You have to have a strong belief and passion in what you are doing otherwise you can’t keep going when the times get tough,” Darius told us. A popular speaker.