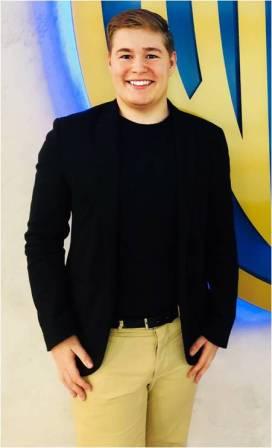 Jack Parsons is one of Britain’s youngest up and coming digital entrepreneurs, he has a mission to change the world for young people by creating 2 million career experiences in the United Kingdom before taking this mission globally.

Jack Parsons is one of Britain’s youngest up and coming digital entrepreneurs, he has a mission to change the world for young people by creating 2 million career experiences in the United Kingdom before taking this mission globally.

However life was not always plain sailing for Jack who grew up in a single parent family with an alcoholic mother. School was also not a positive experience for Jack and he felt he was given some bad career advice along the way. However despite this rocky start, Jack went onto gain 11 GCSE’s with A*-C grades. As he wanted some ‘real life’ experience, he went onto complete an apprenticeship with an insurance company. Subsequently the company went out of business and Jack became homeless and went to live with his father. His next career move was within recruitment in the public sector where he was named “The Best Newcomer to the Industry”.

Jack soon came to realise that younger people, without substantial experience on their CV, were finding it extremely difficult to find good employment. This fired his passion to help the younger generation, and “youfeed” was launched to showcase the ambition, talent and skills of young people. Marketing Week and City A.M. named the platform a ‘LinkedIn for Millennials’. Following substantial external investment, Jack stepped down from the board in the latter part of 2017 as he felt the company moving in a direction away from his initial vision which is to really help young people.

Teaming up with ex-Havas Media Group boss, Paul Frampton, to launch the Big Youth Group – a group of companies that are all focused on improving the odds for young people. The Group focuses on providing young people and young entrepreneurs the right platform to progress their career.

The Group contains a for-profit social enterprise called the Big Youth Talent that aims to create a community of 2 million and connect 400,000 of those young people to real work-life experiences – internships, skills, apprenticeships, jobs, work experience, companies and mentors. In February 2018, the Group confirmed partnerships with Accenture, GoDaddy, Sage and Google.